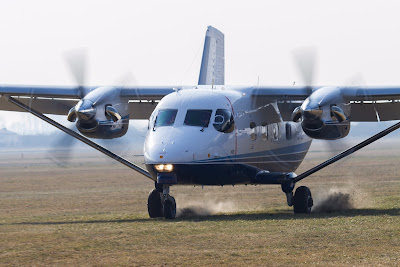 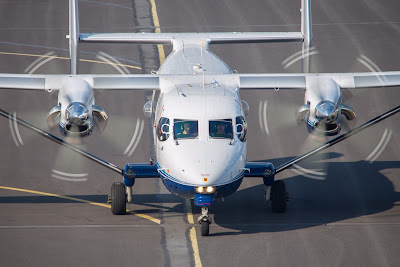 Sikorsky, a Lockheed Martin company, has proposed the M28 short takeoff and landing airplane
to help solve the Indian Government’s need for better aerial connectivity to Tier 2 and 3 cities.

A high-lift wing and thrust-reversing propellers enable the empty M28 aircraft to take off and
land on rough airstrips just 345 meters (1,000 ft.) long.

“The M28 is renowned for its ease of flying into unprepared airstrips, and for its
maneuverability, reliability and safety,” said Air Vice Marshall Arvind Walia (Retd), Sikorsky’s
regional executive for India & South Asia. “We believe this proven platform is a solid candidate
for India’s regional airlines.”

Consideration of the M28 is receiving attention at the highest levels of government. During last
month’s Vibrant Gujarat global business summit, Prime Minister Narendra Modi visited the
Poland stand where he saw a model of the M28 aircraft, and received a five-minute briefing
about its capabilities from Poland’s deputy prime minister.
India’s Directorate General of Civil Aviation approved the PZL M28 aircraft for commercial
operations in September 2016.

The M28 has cabin space for 19 passenger seats. A side entry door and clamshell rear cabin
door enable easy loading/unloading of passengers, baggage and cargo.

With the highest useful load in its class, the M28 “will meet or exceed the expectations of
prospective customers, whether airlines, transport companies or militaries,” said Walia.

With either 19 seated passengers or the equivalent of 1840 kg (4,060 lb) cargo, the M28 can
take off in just 548 meters (1,800 ft.) of runway length for a range of over 900 kilometers (490 nm).
“M28 pilots around the world have demonstrated that the M28 is easy to handle,” said Walia.
“It has exceptional range, payload capacity and multirole flexibility. And it’s a proven, tough
airplane that doesn’t need much support to sustain flight operations,” he said.

For regional airlines that depend on filling seats, these powerful engines will ensure that “no
passenger will be released from a flight because of overload issues common with single-engine
transport airplanes,” said Walia.

In the unlikely event that one engine were to fail during takeoff, the aircraft can sustain a climb
fully loaded to 9,000 feet altitude with just one engine.

The engines have a range of operation from -50 to +50 degrees C.

Pics: Sikorsky proposes the M28 short takeoff and landing airplane as a solution for
regional connectivity between Indian’s Tier II and III cities. The aircraft is built in Poland by
Sikorsky affiliate PZL Mielec. Short takeoff and landing capabilities and high mounted PT6 turboprops engines allow the M28 at maximum load to take off in just 548 meters (1,800 ft.) of runway length