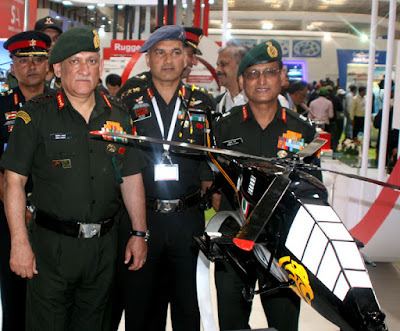 COAS visited galleries of Government, public and private enterprises. He interacted with number of national and international manufacturing houses. COAS appreciated the synergy among industry, academia and the Indian armed forces. COAS displayed interest in the ‘Make in India initiatives and the national response which had accelerated the pace of modernization.