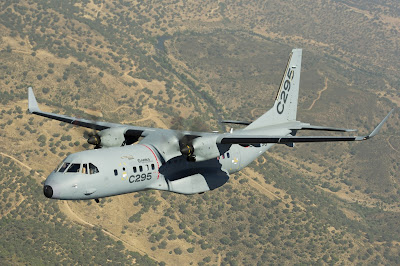 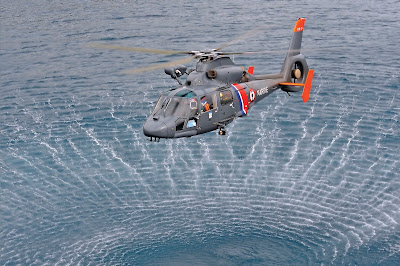 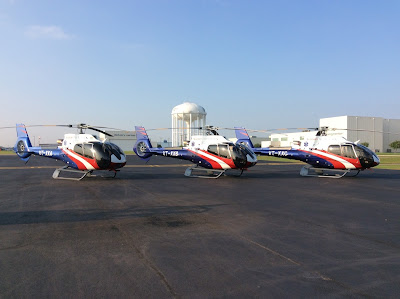 ·      ‘Make in India’ partnerships to be in focus
·      H130 based dedicated helicopter ambulance – India’s first – to be on static display
New Delhi, February 06, 2017: Airbus’ industrial partnerships with Indian companies under the ‘Make in India’ programme will set the tone of its participation at the 11th edition of Aero India to be held at the Air Force Station Yelahanka, Bengaluru, India from 14-18 February, 2017.

“The future of Indian aerospace and defence industry rests on the realization of the ‘Make in India’ vision. I look forward to having conversations around the topic at Aero India,” said Pierre de Bausset, President and Managing Director at Airbus India. “We have partnered with Tata and Mahindra and are working with a host of other companies to script ‘Make in India’ success stories,” he added.

Visitors at the Airbus stand – Hall B, Stand 2.2 – will get a first-hand account of Airbus’ industrial engagement with India which yields over US$500 million (approx. Rs. 3,400 crores*) in procurement from India annually from around 45 suppliers, generating local employment for more than 6,000 people. To illustrate the scale of co-operation, Airbus can proudly claim that each of its commercial aircraft produced today is partly Made-in-India.

The potential of Airbus & India partnership is bigger and this will be exhibited in the form of scale models of the C295W military transport aircraft and the AS565 MBe Panther helicopter.

As part of the Avro replacement programme of the Ministry of Defence, Airbus will support Tata Advanced Systems Limited (TASL) in setting-up a final assembly line for the C295W in India, once the contract is awarded. Airbus has tied-up with Mahindra Defence to create India’s first private sector champion for manufacturing military helicopters. Making India the global hub for ‘Panther’ manufacturing – producing Panthers in India, for the domestic market as well as for exports – is proposed under the Naval Utility Helicopter programme.

The scale model display line-up will include the EC725, now marketed as the H225M, which is under negotiation for the Indian Coast Guard’s requirement for 14 shore-based helicopters as well as the fuel efficient A320neo commercial aircraft. There are around 590 A320neo on order from India which means, on overage, one aircraft will be delivered to India per week over the next 10 years.

Aviators Air Rescue, in partnership with the Air Medical Group Holding Inc. – a leading air medical provider in the United States – became the first Indian operator to induct three Airbus H130 helicopters in a dedicated air ambulance role last year. One of these helicopters, fully kitted out with specialized emergency medical care equipment, will demo its life-saving service at the entrance of Hall B through-out the business days of the show.

About Airbus
Airbus is a global leader in aeronautics, space and related services. In 2015, it generated revenues of €64.5 billion and employed a workforce of around 136,600. Airbus offers the most comprehensive range of passenger airliners from 100 to more than 600 seats. Airbus is also a European leader providing tanker, combat, transport and mission aircraft, as well as Europe’s number one space enterprise and the world’s second largest space business. In helicopters, Airbus provides the most efficient civil and military rotorcraft solutions worldwide.