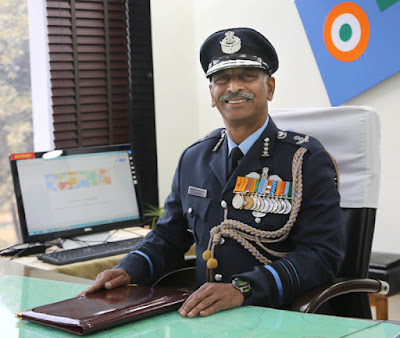 Air Marshal Harikumar was commissioned in the IAF in the year 1979. A Qualified Flying Instructor and a Fighter Combat Leader, he has over 3300 hours of flying. He has done instructional tenures at Fighter Training Wing (FTW), Tactics and Air Combat Development Establishment (TACDE) and College of Air Warfare (CAW). He is a graduate of Defense Service Staff College (DSSC) and National Defense College (NDC). He has commanded a Mig-21 Sqn, TACDE and a front line Fighter Base. His staff appointments include Ops-1A, Air-I at HQ WAC and Deputy Director Air Staff Inspection, Director Operations (Joint Planning) and Assistant Chief of the Air Staff Operations (Offensive) at Air HQ and Senior Air Staff Officer (SASO) at HQ South Western Air Command (SWAC).

He is married to Devika and they have two sons. He is an avid reader and enjoys travelling. 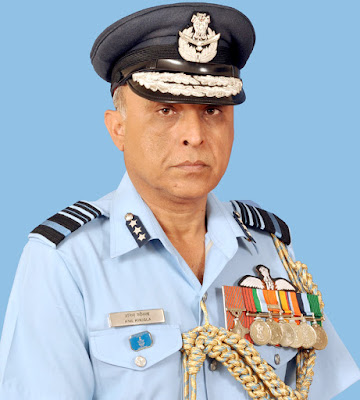 Born on 09 Apr 59, Air Marshal an alumni of the National Defence Academy, was commissioned in the fighter stream of Indian Air Force in Dec 79. Air officer has to his credit over 4000 hours of accident free flying mainly on different variants of Jaguar, Mig-21 and Kiran aircraft. He is equally experienced on both Ground attack and Air Defence roles with specialization on maritime role.

He is post graduate from Defence Services Staff College and holds two  M Phil degrees in military studies. He is an A2 category flying instructor and a fighter strike leader. He has had the distinction of standing first in the order of merit in all the attended courses (i.e Flying Instructor Course, Fighter Strike Leaders Course, Junior Command Course and Staff Course). He was awarded Commandants medal during Higher Command Course at Army War College. He has attended Senior Defence Management Course at College of Defence Management and is also an alumni of National Defence College.

Air Officer has vast instructional experience and has been Directing Staff at prestigious institutions like Tactics and Combat Development Establishment (TACDE) and Flying Instructor School (FIS). He has commanded a Jaguar squadron with maritime role and two frontline bases of the IAF at Jaisalmer & Ambala. He has held various staff appointments at Air HQ. These include Principal Director at Directorate of Information and Electronic Warfare, Director in Personnel branch and Joint Director at Directorate of Concept Studies. In the rank of Air Vice Marshal, he has held the appointment of Air Officer Commanding HQ Maritime Air Operations and Air Officer Commanding J&K Area. As an Air Mshl he has held appointment of Senior Air Staff Officer, Central Air Command and Director General Air (Operations) at Air HQ (Vayu Bhawan). His last appointment was as Director General (Inspection & Safety) at Air HQ (RK Puram).

For his distinguished service Air Mshl A Khosla has been awarded Ati Vishisht Seva Medal, Vayu Sena Medal and has been commended by the CAS. He was also commended by AOC-in-C, during flying training period as a cadet.

He is married to Mrs Deepshikha Khosla and is blessed with two sons. He is a keen golfer and billiards/pool player. His favourite pass time is puzzle solving which he has pursued upto national level. 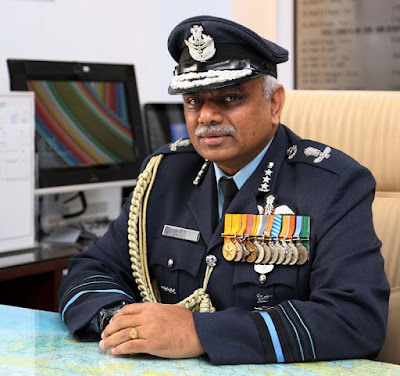 Air Marshal SB Deo PVSM AVSM VM VSM ADC paid homage at Amar Jawan Jyoti, India Gate this morning before taking over as Vice Chief of the Air Staff (VCAS) at Air HQ, today. On his arrival at the Air Headquarters (Vayu Bhawan), the Air Marshal was accorded a ceremonial Guard of Honour.

Air Marshal SB Deo was commissioned as a fighter pilot in the IAF on 15 Jun 79. He is an alumnus of the National Defence Academy and the Defence Services Staff College, Wellington. He is a FCL (Fighter Combat Leader) and a “Cat A” Qualified Flying Instructor with over 3800 hours of operational and training flying. He was also Directing Staff at TACDE.

Air Marshal SB Deo has been AOC of a major fighter base. He commanded a Mig-21 BISON Squadron and a Signal Unit besides being the Chief Ops Officer of a forward base. As Station Commander of the Signal Unit he was actively involved in the induction of modern assets and sensors in the IAF. Prior to taking over as VCAS, he was the AOC-in-C of Western Air Command (WAC), AOC-in-C, Eastern Air Command (EAC), DG Air (Ops), AOC COBRA Group, AD Commander & Air I at HQ CAC and has held various staff appointments and worked in Ops/Plans Directorates at Air HQ (VB).

He is married to Mrs Anjana Deo, they have a son who is a fighter pilot in the IAF. Air Marshal Deo is an avid reader and interested in creative writing and technology. 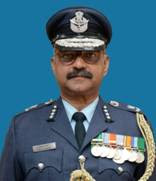 The Air Marshal was commissioned in the Aeronautical Engineering (Electronics) branch of IAF on 12 July 1979. He is a graduate in Electronics Engineering from University of Indore and post graduate in Computer Science and Data Processing from IIT Kharagpur. He is also an alumnus of the prestigious National Defence College. He has rich and varied experience in the fields of High Power Radars, Real Time Data Processing Systems, Automation of Command & Control Systems and Communication & Information Technology.

For his distinguished service, Air Marshal has been commended twice by Chief of Air Staff on 08 October 1998 and on 26 January 2007.