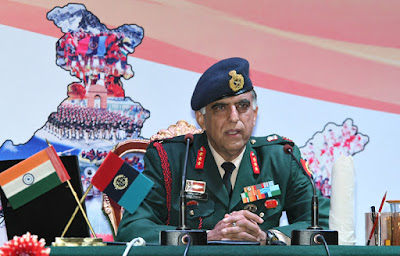 Lt Gen Vashist highlighted the major achievements of the NCC in Nation Building, Social Awareness Campaigns, Community Development, Environment Protection and Sports & Adventure. He said the conduct of NCC National Games in October 2016 has added another feather in the cap of this premier youth organization of the nation. He also mentioned that the training philosophy of the cadets had been refined to accommodate the changing aspirations of our youth and expectations of the society. While continuing these pursuits the current year will concentrate on ‘field focus’ which is the theme for this year’s camp, he said. This is to spread the spirit of Republic Day Camp across length and breadth of the country and disseminate the core message of tenacity and persistent determination to attain greater heights in life.

2068 cadets including 102 cadets from J&K and 162 cadets from the North Eastern Region drawn from 17 NCC Directorates are participating in this Camp. This year 696 girl cadets are also participating. The cadets are selected through a tough selection process.  The cadets attending the camp follow an intense schedule over one month while participating in a number of activities like cultural, National Integration Awareness Programme and Institutional Training Competitions. The camp will be visited by a large number of dignitaries such as the Vice President, Prime Minister, Defence Minister, Minister of State for Defence, Chief Minister of Delhi, and the three Service Chiefs.

The aim of the Republic Day Camp is to enhance the self-confidence of cadets, deepen their value systems and provide an exposure to the rich culture and traditions of our nation and the important events that take place in the National Capital during the run up to the Republic Day. Projection cherished ideals and capabilities of the cadets of the NCC is intrinsic. The camp portrays a reflection of ‘Mini India’.

The year 2016 has been special for NCC as an exclusive NCC Girls’ contingent successfully scaled the Mt. Everest in May. NCC cadets also carried out cleanliness drives and safe sanitation awareness campaigns under Swachh Bharat Abhiyan. As part of the campaign, a Swachhta Pakhwada at pan India level was conducted from 01 to 15 August 2016 and NCC’s the contribution during the Pakhwada was appreciated at the national level. In recognition for the excellent work, the NCC was awarded the ‘Swachhta Puruskar’ alongwith certificate of excellence by the Prime Minister Shri Narendra Modi during the India Sanitation Conference on 30 September 2016.

Email ThisBlogThis!Share to TwitterShare to FacebookShare to Pinterest
Labels: NCC.