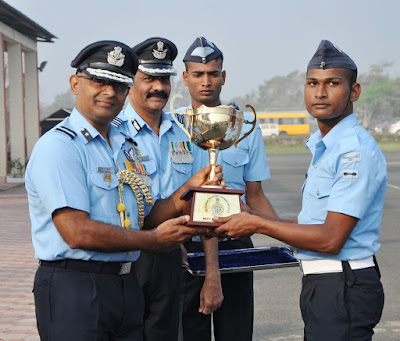 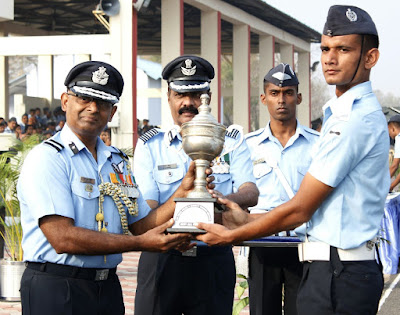 Air Commodore CR Mohan, Commandant Air Force Technical College, Jalahalli, Bangalore was the Reviewing Officer for the parade.  He was received by Group Captain PV Pawar, Commanding Officer, Mechanical Transport Training Institute, Air Force.  The chief guest reviewed the parade and presented trophies to the meritorious trainee airmen.  Addressing the parade, the Chief Guest emphasized upon the trainees to ensure optimum contribution by each of them towards the service.  To achieve this, a sound foundation has been laid at Training Institute and this would help them in becoming true air warriors.

There was an Aerobics demonstration, which was followed by a dazzling display of Gypsy drill were in the ab-initio trainees demonstrated their kills of dismantling and re-assembling a Maruty Gypsy in less than 5 minutes.  This was followed by Mechanical Transport drill.  Thereafter, the Indian Air Force Police trainees demonstrated their marksmanship through an exercise called one shot one kill, where-in they proved their weapon handling and capabilities in shooting.  All the trainees were smartly turned out and impressed every one with perfect drill movements.