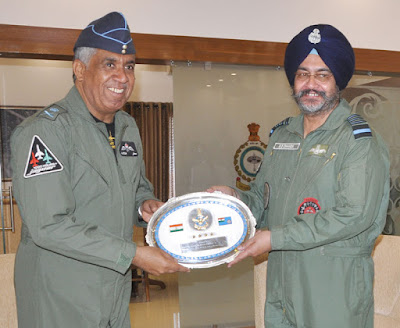 During review the Chief of the Air Staff and Commander of Royal Air Force of Oman (RAFO) interacted with the participating crew and held bilateral discussions.

This is the first time that RAFO F-16s are participating in an air exercise outside the Gulf Countries.