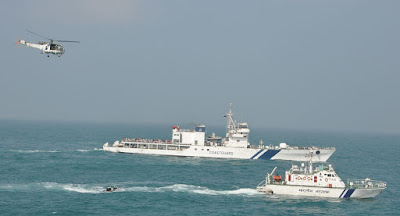 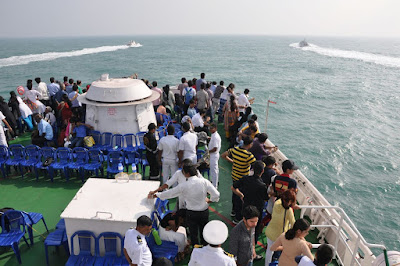 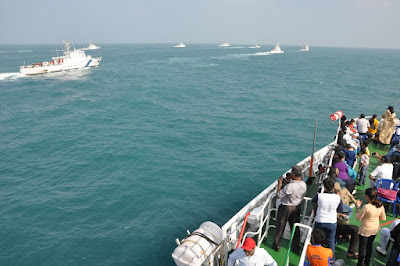 As part of Coast Guard Day - 2017 celebrations, a Day at Sea was conducted at Chennai onboard Indian Coast Guard Ships.

The Coast Guard fleet displayed various Coast Guard Charted roles including combating piracy, search and rescue demonstration by CG Helicopters, close range target firing, Boarding operations and high speed maneouvers with precision which left the spectators mesmerized. Despite having choppy sea conditions, the exercises conducted by CG ships and aircraft enthralled the spectators during the day at sea. The Regional Commander Inspector General Rajan Bargotra , TM  interacted with the guests and media onboard.
As the fourth largest Coast Guard in the World, the Indian Coast Guard has played a significant role in securing the Indian coast and enforcing the regulations within the maritime zone of India. True to its motto” VAYAM RAKSHAMAH” meaning “WE PROTECT” the service has to its credit saving of 4696 lives, 238 medical evacuations and apprehension of 13,124 defaulters and law breakers since inception.