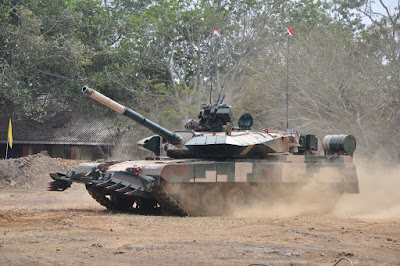 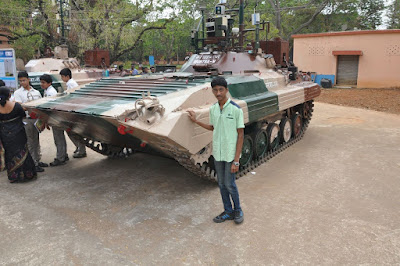 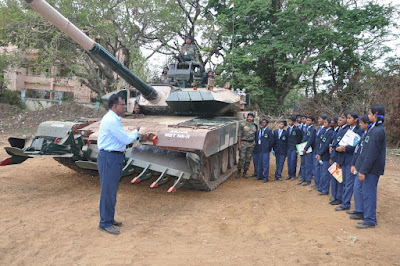 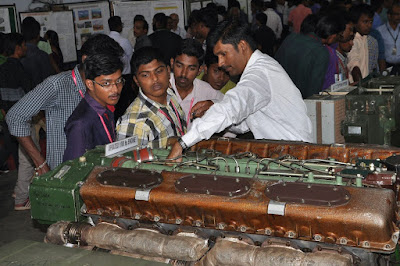 Combat Vehicles Research & Development Establishment (CVRDE), a premier R&D Establishment of Defence Research & Development Organization (DRDO), Ministry of Defence, Avadi, Chennai organized two days Indoor Exhibitions  to showcase its products & facilities of Combat Engineering & Technologies for motivating students of Schools & Colleges, as a part of its Ruby Jubilee Celebrations.  40 years have been rolled down since its humble beginning as a nuclear establishment to provide R&D support to the production of tanks in India and it has been transformed into a full-fledged establishment in design and development of the state-of-the-art technologies and Systems of Armoured Fighting Vehicles.

Dr. P.Sivakumar, Distinguished Scientist & Director CVRDE, while conveying his heartfelt wishes to its entire fraternity on the eve of the Ruby Jubilee celebrations, expressed, “The sole purpose of this exhibition is to nurture the scientific temper of the ignited minds and to provide a zeal of proximity to the advancements of Science & Technology. It would certainly ensure a great deal of support in realizing the dream of the former President Dr. A.P.J.Abdul Kalam, in transforming India into a Developed Nation by 2020, as we believe strongly that ‘Balasya Moolam Vignanam’ i.e., Science is the root of Strength”.

Today 2nd Day good response have been received from the college and school students.The students had an opportunity to witness the indigenously designed & developed Arjun Main Battle Tanks, Unmanned Ground Vehicles, Sub systems of LCA-Tejas including the rare vintage tanks.