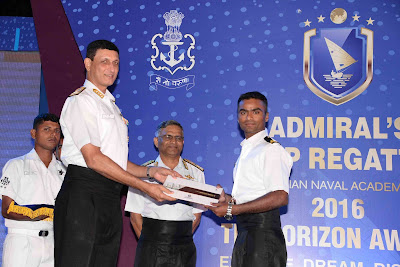 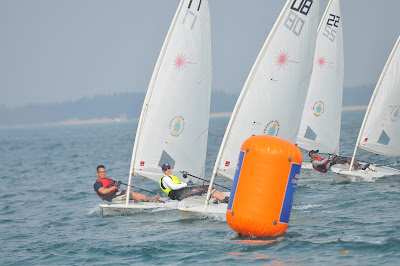 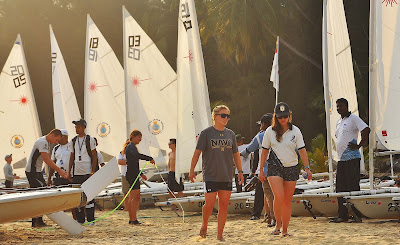 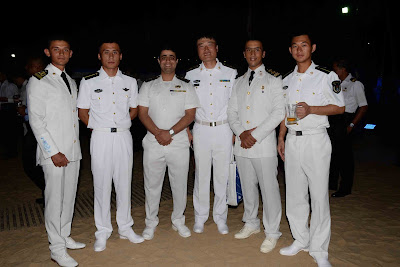 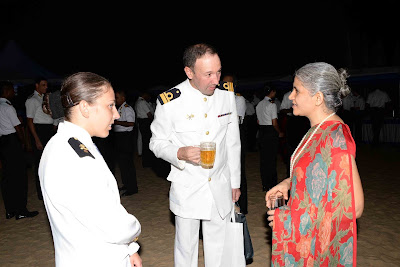 The ​​seventh edition of ‘Admirals Cup’ Sailing Regatta concluded on Saturday, 10 December 2016 at a glittering Closing Ceremony at the Indian Naval Academy (INA), Ezhimala last night.  The Singapore team won the Admiral's Cup with their consistent performance across all races. United States of America was the Runners-Up and United Kingdom team came third. Cpt Yeo Kee Chao Lionel of Singapore stood first in the individual position in the open category (both men and women including) followed by SLt Shubham Kumar of India (INA) and Midshipman Patrick Snow of United States of America at second and third positions respectively. Midshipman Molly Robertson of United States of America stood first in the individual position in women’s category. Vice Admiral AR Karve, AVSM, Flag Officer Commanding–in–Chief, Southern Naval Command was the chief guest for the closing ceremony. The winning teams will be carrying home the replicas of the Admiral's Cup and the Runners-Up trophy
The azure blue waters of the Ettikulam Bay, at Ezhimala witnessed 16 races, conducted from 07 to 10 December 2016. 50 participants including ten women participants displayed their sailing skills in the Laser Radials whilst in perfect wind and weather conditions as they squeezed every knot out of their boats over the past four days. The event has become very popular since its inception in 2010. This five day event has seen a record participation of twenty three foreign navies including Australia, Bahrain, Bangladesh, Canada, China, Egypt, France, Israel, Japan, Malaysia, Mauritius, Myanmar, Netherlands, Nigeria, Oman, Poland, Portugal, Saudi Arabia, Singapore, Sri Lanka, United Kingdom, United States of America and Venezuela, two Indian academy teams from INA and NDA Khadakvasla and one observing team from Indonesia. 23 teams participated in all 16 races, with each team comprising of two boats.
Vice Admiral AR Karve, AVSM, presented the “Admiral’s Cup”, individual prizes and participatory plaques to the winners and each participant. In his closing address at the closing ceremony, he emphasized the contribution of sporting events in building bridges of friendship and as a forum for interaction between future naval leaders of the participating naval academies from around the world.  He further added that the Indian Naval Academy looked forward to even larger participation by maritime nations and Naval Academies in the eighth edition of the ‘Admirals Cup’ Sailing Regatta. Students from local schools, colleges and NCC cadets were also invited to witness the event.
During the last five days, the visiting foreign teams and accompanying officials were involved in various activities apart from competitive racing which included visit to training and sporting facilities located at Indian Naval Academy, trek to Mount Dilli and cultural package showcasing India's rich traditions, languages, cultures and art forms. A presentation by Captain Dilip Donde (Retd.) on his experiences of circumnavigating the world sailing solo and the challenges he overcame in achieving the historic feat was also shared with  the visiting participants during the event. The event culminated in a grand finale with the closing ceremony held in the evening at the Ettikulum Bay. The teams will be departing INA on 11 December 2016 having competed fiercely on the waters and experienced the delights of India hoping to be back for the eighth edition of the ‘Admirals Cup’ Sailing Regatta 2017.