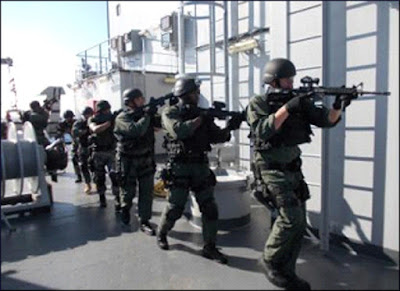 KONKAN 16, the 2016 edition of the annual bilateral maritime exercise between the Indian Navy and the Royal Navy, would be held from 05 -16 Dec 16 at Mumbai and Goa. Exercise KONKAN, named after the Western coastal region of India, was institutionalised in 2004. Since then, the exercise hosted in rotation by both the Navies, has grown in complexity, scale and intensity.

The exercise will be conducted in two phases at Mumbai and Goa. The first phase, to be held from 05 - 09 Dec 16, would be a Command Planning exercise involving the two navies, where planners from both sides will undertake planning for combined maritime operations. The second phase is a LIVE EXERCISE (LIVEX), to be held from 12 - 16 Dec 16 at Goa, which involves interaction between the IN Marine Commandos (MARCOs) and the Royal Marines. Both phases will involve sharing of best practices and lessons learnt from recent operations, especially in the field of Humanitarian Assistance and Disaster Relief (HADR) and Non-combatant Evacuation Operations (NEO).

KONKAN 16 will be an important chapter in the maritime interactions under the aegis of KONKAN series as it will familiarise both forces with each other’s planning processes and further enhance synergy and inter-operability. In addition, participation of IN MARCOs and Royal Marines would add another dimension to this exercise and provide valuable opportunity for both navies to interact and cooperate in the field of Maritime Security Operations.

Successive editions of KONKAN have built on past experiences and have enhanced operational inter-operability between the two navies. This cooperation between the two navies is a positive and tangible symbol of commitment in ensuring a positive climate for maritime security and economic development. The current edition would further strengthen the existing bonds of friendship between India and United Kingdom, and enhance our capability to work together to contribute towards maritime security in the global commons.