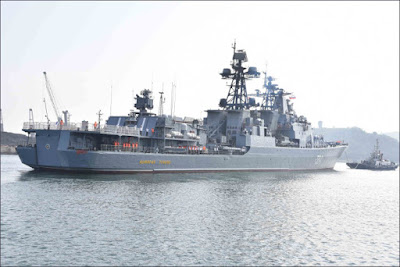 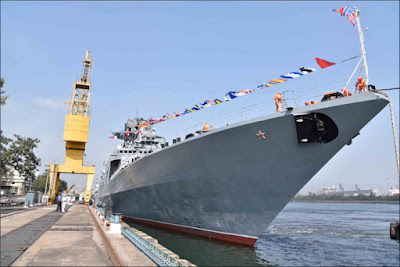 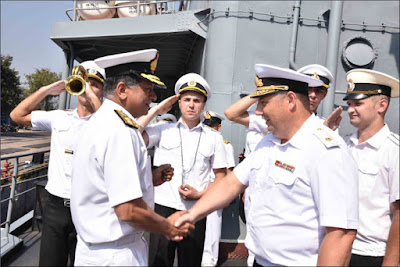 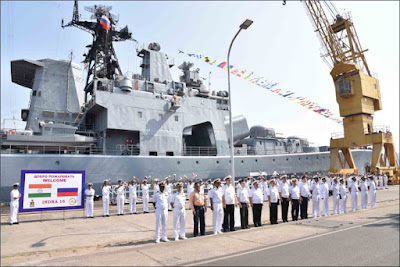 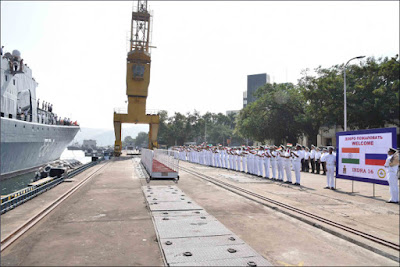 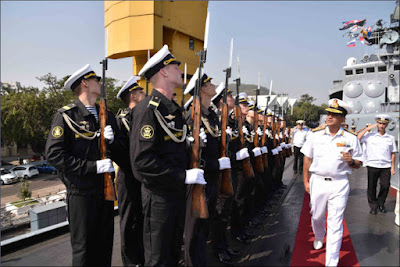 The 9th edition of INDRA NAVY, an annual bilateral maritime exercise between Indian Navy and Russian Navy would be held in the Bay of Bengal from 14 to 21 December 16. Initiated in 2003, INDRA NAVY epitomises the strong long term strategic relationship between the two countries. The exercise has matured over the years with increase in scope, complexity of operations and level of participation.

The primary aim of exercise INDRA NAVY-16 is to increase inter-operability AMONGST the two navies and develop common understanding and procedures for maritime security operations. The scope of the exercise includes wide-ranging professional interactions in harbour and a diverse canvas of operational activities across a spectrum of maritime operations at sea.

The Russian Federation Navy (RFN) will be represented by ships from the Pacific Fleet, based at Vladivostok. RFN ships Admiral Tributs (cruiser) and Boris Butoma (fleet tanker) have arrived at Visakhapatnam, 14 December 16 to participate in INDRA NAVY-16.

The exercise will be progressed in two phases viz; the Harbour Phase (14 to 18 December 16) at Visakhapatnam and the Sea Phase (19 to 21 December 16) off Visakhapatnam. The Harbour Phase would encompass table-top exercises, planning conferences, and professional interaction prior progressing to sea. The Sea Phase would include various facets of fleet operations such as air defence drills, boarding operations, anti-surface and anti air gun firings, anti-submarine exercises with ASW rocket firing.

Exercise INDRA NAVY-16 will help to further strengthen mutual confidence and inter-operability, and also enable sharing of best practices between both navies. The exercise will be another milestone in strengthening maritime security cooperation between the two navies and will also serve to reinforce the long standing bond of friendship between the two countries.