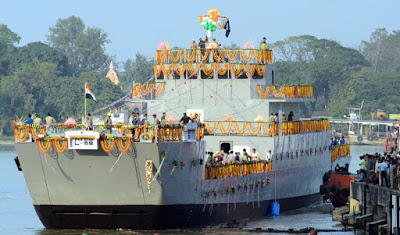 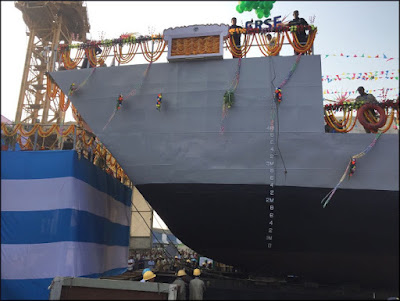 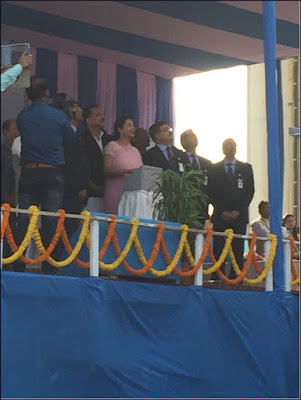 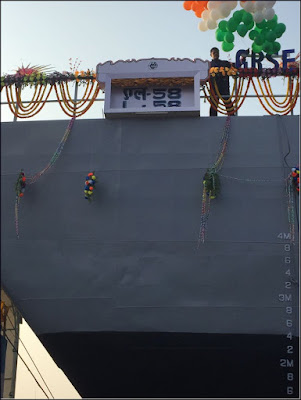 The launch of last ship of LCU MK IV project, an amphibious ship, today, at Garden Reach Shipbuilders and Engineers Ltd, Kolkata, marks yet another significant milestone in the annals of the Indigenous Warship design and construction programme of India.

The Chairman and Managing Director, GRSE Ltd, commenced the proceedings with a formal welcome, which was followed by an address by the Chief Guest.

In accordance with traditions, invocation from the Atharva Veda was rendered and the ship was named ‘LCU-L58’. Thereafter, the ship was launched by Smt Neelam Pratap Singh Rudy and the vessel made its first contact with water.

LCU-L58 is the last vessel in the series of eight Landing Craft Utility Ships being designed and built by M/s GRSE for the Indian Navy. The ship displacing 830 Tons, can be deployed for multirole activities like beaching operations for landing troops ashore, humanitarian aid and disaster relief operations and evacuation of personnel from distant islands.