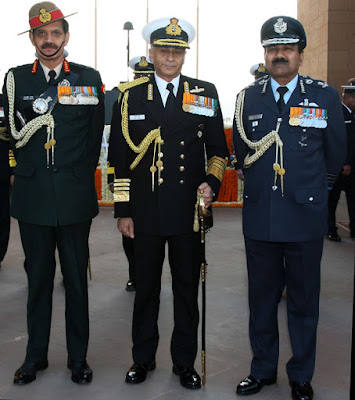 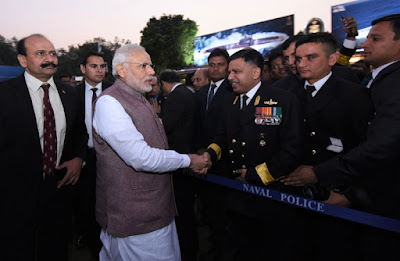 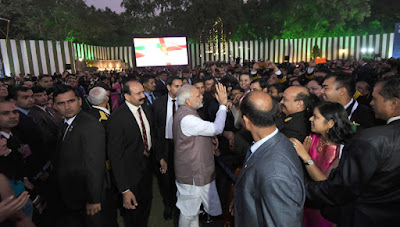 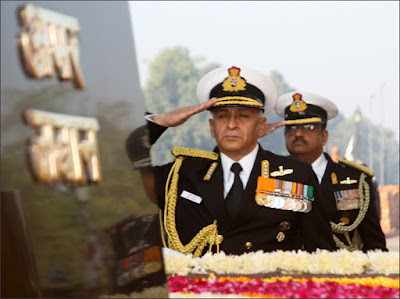 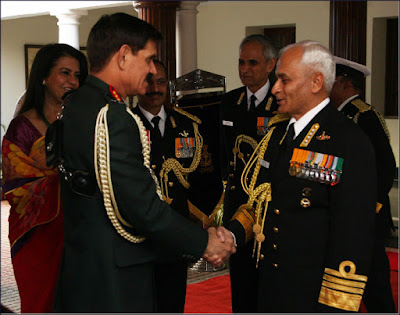 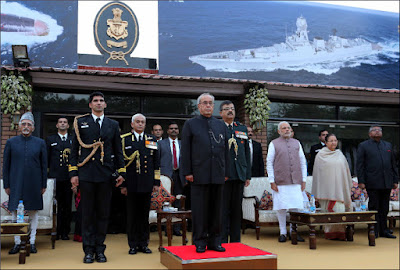 President of India Extends Greetings to all Members of the Indian Navy on the Occasion of Navy DAY 2016.

The President of India, Shri Pranab Mukherjee has extended greetings and felicitations to all members of the Indian Navy and their families on the occasion of Navy Day 2016.
In his message, the President has said, “I am happy to learn that Navy Day is being celebrated on 4th December, 2016.

The Indian Navy is a strong, capable and professional force, which has effectively safeguarded our national maritime interests and built bridges of friendship across the oceans. The Indian Navy has also played an important role in rendering aid and humanitarian assistance across the Indian Ocean Region.

Over the past few decades, the Indian Navy has transformed itself into a multi-dimensional and technologically enabled force, capable of meeting any maritime challenge confronted by our nation. I am confident that in the years ahead, the Indian Navy will continue to progress as a potent instrument of our national power.

On the occasion of Navy Day 2016, I extend my greetings and good wishes to all officers, sailors and civilian personnel of the Indian Navy and their families”.
PM extends his wishes on Navy Day

The Prime Minister Shri Narendra Modi has extended his wishes on Navy Day.

" Navy Day greetings to all navy personnel & their families. We cherish the vital role of the navy & salute the bravery of our navy personnel", the Prime Minister said. 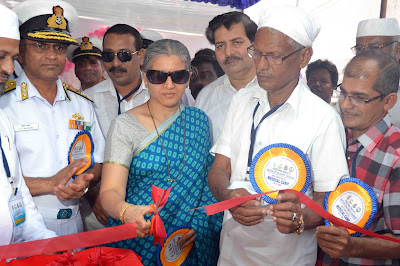 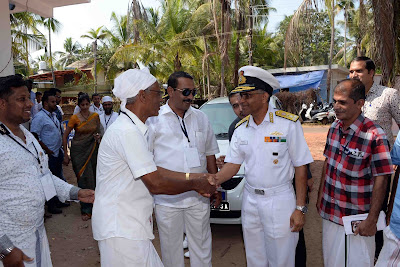 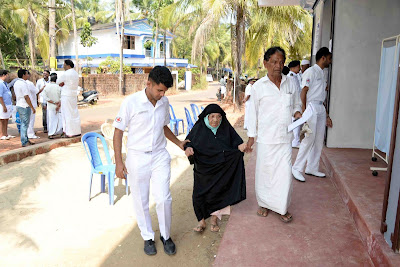 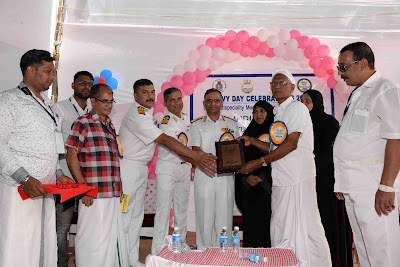 As part of their social outreach programme INHS (Indian Naval Hospital Ship) Navjivani and INS Zamorin, Ezhimala, jointly conducted a free multi-speciality medical camp today, Sunday, 04 December 2016 at Thekkekad Village, Padne Panchayath, Kasaragod District of Kerala. The event was conducted to commemorate the Navy Week celebrations. Indian Navy celebrates 04th of December every year as the Navy Day to commemorate the daring missile attack by Indian Naval warships on Karachi Harbour in the 1971 war against Pakistan and in memory of the sacrifices made by its personnel towards the stunning victory in that war.

Specialist doctors in Medicine, Surgery, Orthopaedics, Gynaecology and Dental Surgery were available for consultation and treatment at the camp. Medicines were distributed to the patients free of cost during the camp. Numerous residents from the area availed the expertise of the medical specialists and facilities at the camp. The specialist doctors and staff conducted random blood sugar and HbA1C check for all diabetic patients who attended the camp.

Speaking on the occasion, Vice Admiral SV Bhokare, Commandant, INA, reiterated the abiding interest of the Indian Naval Academy for the community in its neighbourhood and promised more such initiatives in the future depending on the requirement of the community. The INA band is also scheduled to perform at various locations during the week.​ 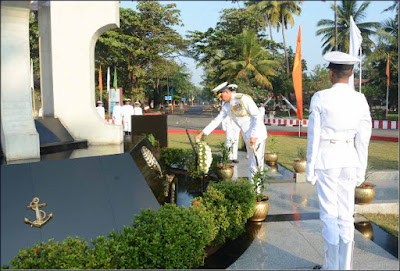 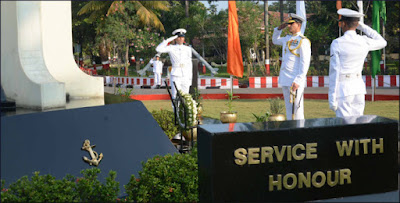 On the occasion of Navy Day, Vice Admiral AR Karve, AVSM, Flag Officer Commanding-in-Chief, Southern Naval Command laid the wreath at the War Memorial inside Naval Base, Kochi on 04 Dec 2016 as a mark of respect and gratitude to the martyrs. 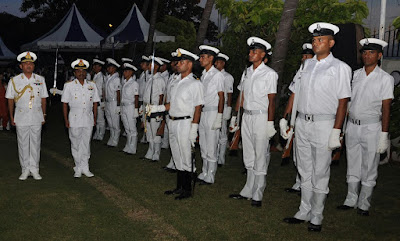 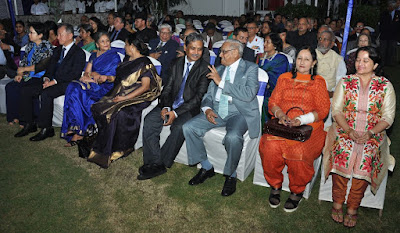 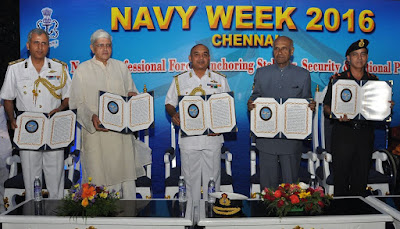 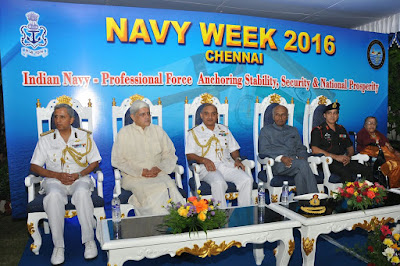 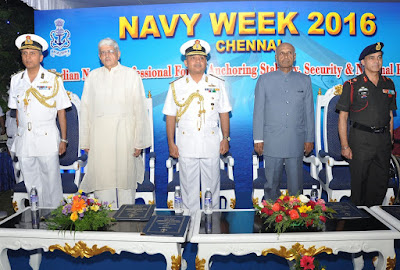 As part of the Navy Day celebrations, ‘At Home’ function was hosted by Rear Admiral Alok Bhatnagar, Flag Officer Commanding Tamil Nadu and Puducherry Naval Area at Navy House and the traditional ‘Sunset Ceremony’ was conducted. 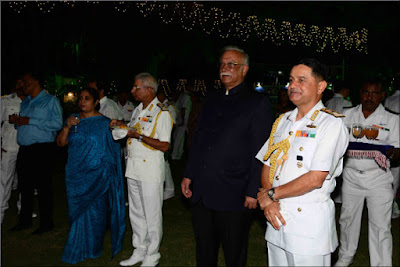 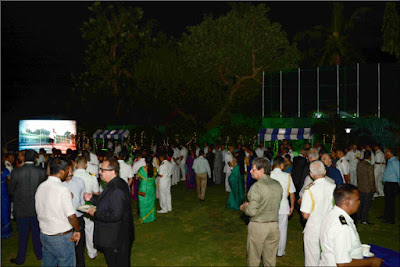 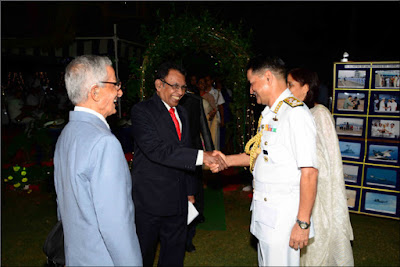 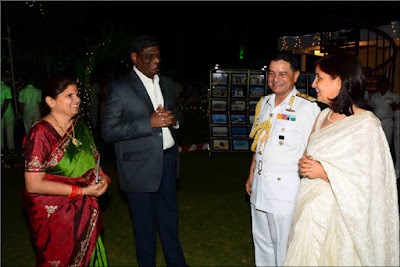 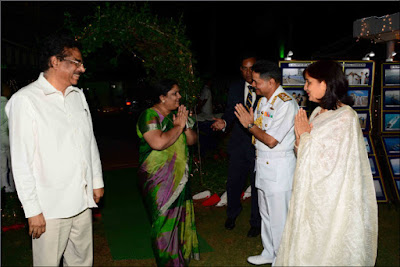 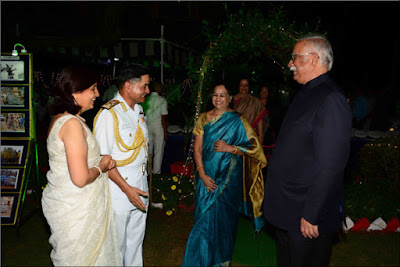 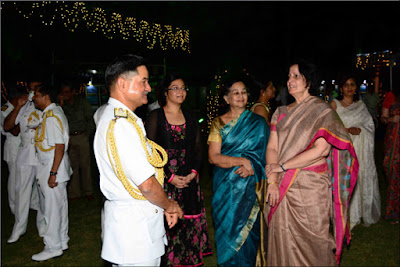