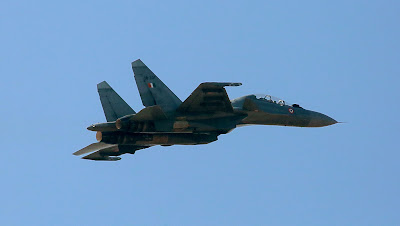 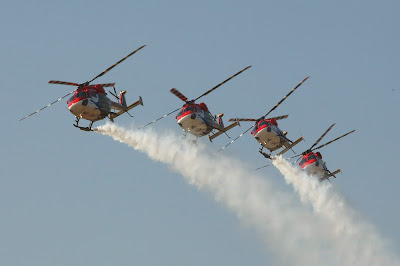 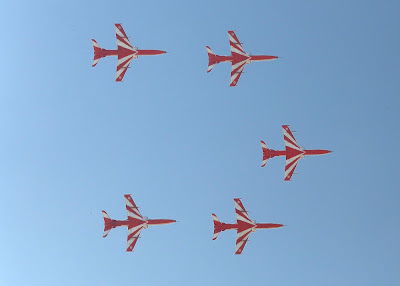 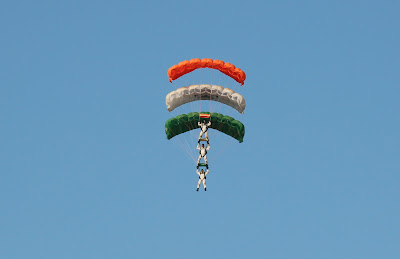 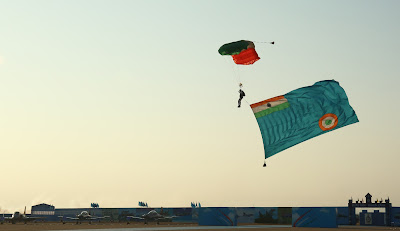 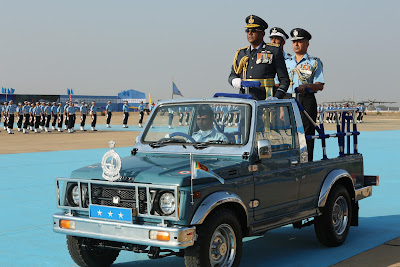 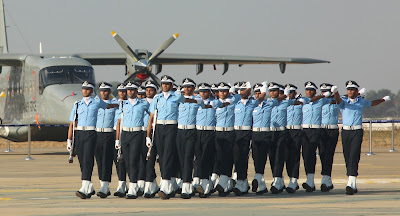 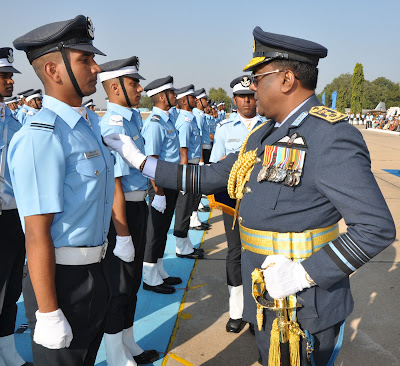 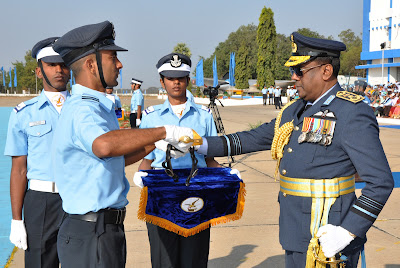 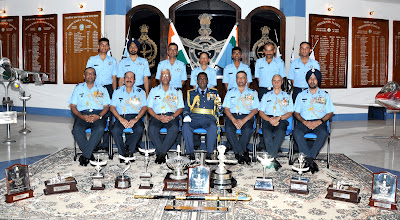 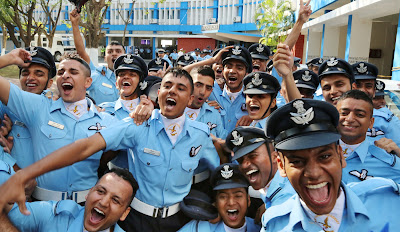 The amber sky dawned sagely over Air Force Academy (AFA) to witness the grand Combined Graduation Parade, which marked the momentous occasion of the passing out of 110 Flight Cadets as Flying Officers of the Indian Air Force, here today.  This solemn event was graced by Air Marshal KVB Jayampathy, Commander, Sri Lanka Air Force. As the Reviewing Officer of the parade, he conferred the ‘President’s Commission’ to the graduating Flight Cadets who successfully completed their basic and professional training.  These young officers, which include 14 women officers, join the elite cadre of Air Force Officers, to carry forward the espoused legacy and the core values of Indian Air Force namely ‘Mission, Integrity, Excellence’.

While addressing the Parade, the Reviewing Officer complimented the newly Commissioned ‘Flying Officers’ for the exceptional standard of parade.  Congratulating the passing-out cadets, the Sri Lankan Air Chief said “It is a matter of great honour to review the Combined Graduation Parade of flight cadets and witness these fine men and women joining the Indian Air Force as future Military leaders and Aviators”. He cautioned that at times one may have to take hard decisions which may not be popular or it may even a hurt few, but we should be guided by the larger interest of the Force and the Nation. He advised the young officers to balance the sense of idealism with realistic ground situation.

The Combined Graduation Parade marks the culmination of rigorous training schedule of one year and heralds the entry of another generation of officers in the Indian Air Force.  The Flight Cadets undergo professional and advanced training at various  institutions besides Air Force Academy, viz., Air Force Stations Hakimpet, Begumpet, Yelahanka, and Air Force Administrative College (Coimbatore) as per their specialisation and finally pass-out together from the portals of the majestic “Sekhon” Block of Air Force Academy. The Parade, in its full grandeur marked with impeccably turned-out cadets and their perfectly synchronised drill movements demonstrating conviction and commitment, was witnessed by a large gathering of military and civil dignitaries along with the family members and friends of the graduating Flight Cadets. The spectators were left spellbound throughout the impressive parade.   The astounding display by the Indian Air Force Sky Diving team ‘Akash Ganga’ dotting the skyline with colourful parachutes, the fiery aerobatic displays by the PC-7 MK II (the aircraft currently used in Air Force Academy to train greenhorn pilots) and breathtaking aerobatics by the Suryakiran Formation aerobatic team, Hawk formation team, Sarang Helicopter team and the Su-30 MK-I aircraft enthralled the audience.

The Air Force Academy, Dundigal is the premier training establishment which transforms the raw recruits, known as flight cadets during their training at AFA, into elite cadre of officers for Indian Air Force.  The Air Force Academy as the ‘Cradle of Inspired Leadership’, imparts specialist training to the new entrants who are selected after a rigorous selection process at the Services Selection Boards (SSBs) to enable them to acquire the requisite knowledge and skills in various aspects of aerospace power and its application in each of their respective streams – that is Flying, Navigation, Engineering and other Ground duty branches.  An intensive training regimen is followed at Air Force Academy to instil qualities of military leadership and the core values of the Indian Air Force. Truly exemplifying the Academy motto,  ‘Shram Se Siddhi’ meaning ‘Achievement through Diligence’, the young men and women, transform into worthy Air Warriors of the highest professional, intellectual, physical and moral calibre dedicated to a lifetime of service to protect the sovereignty and  integrity of the Nation.