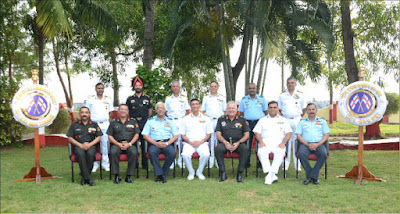 Initiated in November 1997 by Chiefs of Staff Committee, the conference focuses on achieving greater synergy between the three Services in training matters. In addition, the conference also provides a forum for the staff from the three Training Commands to interact on professional issues and training methodologies.