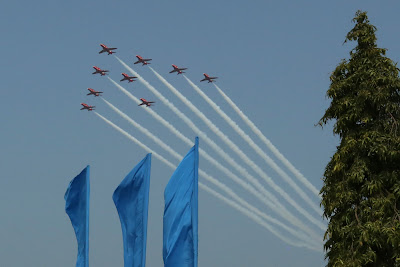 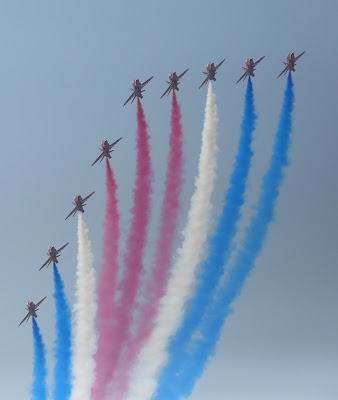 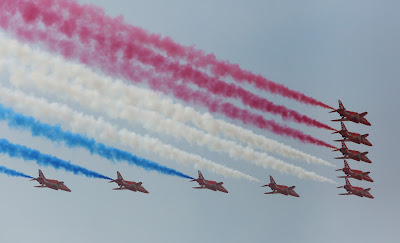 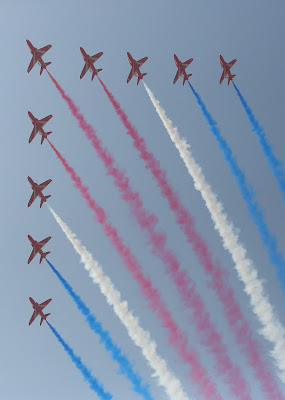 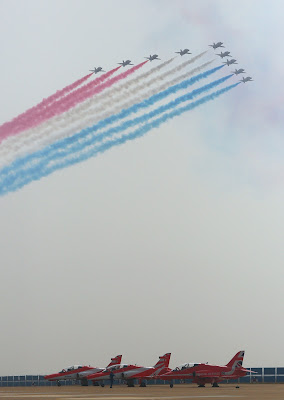 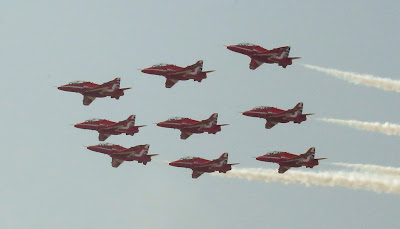 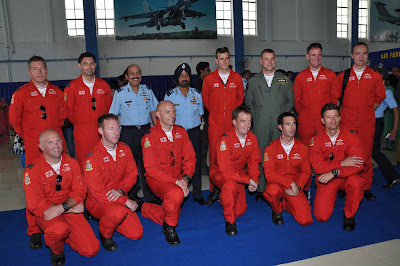 The skies of Dundigal, a small town in the outskirts of Hyderabad, roared with thunder of Hawk aircraft of world-renowned aerobatic display team Red Arrows of Royal Air Force of United Kingdom today. True to its name, the Red Arrows painted the blue skies in colourful patterns and leaving the spectators spellbound with their breath-taking maneuvers and perfectly synchronised aerobatic display. Close to three thousand people comprising hundreds of school students, Air Force personnel and their families and civilian population witnessed this magnificent event.
The Red Arrows aerobatic display team is led by Squadron Leader David Montenegro, Royal Air Force Aerobatic Team. The Red Arrows fly the British-built Hawk aircraft, which is a single-engine advanced trainer aircraft. They have performed over 4,800 displays in 57 countries since 1965. The Red Arrows, officially known as the Royal Air Force Aerobatic Team, based at RAF Scampton in Lincolnshire, is on a visit to India as part of a major 60- day tour of the Asia-Pacific and Middle East regions. The team’s itinerary includes more than 20 displays and a series of fly pasts across the Asia-Pacific and Middle East regions. The team has earlier performed in honour of Indian Air Force during Air Force Day parade on 08 October this year at Hindon Air Base in New Delhi.
On this occasion, a low level aerobatic display was also performed by the IAF pilots on Pilatus aircraft used at the Academy to train the cadets of flying stream.