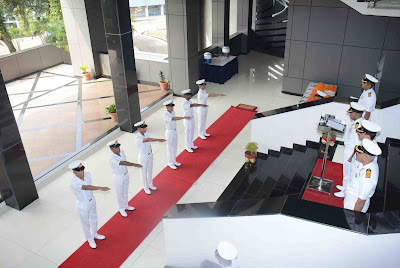 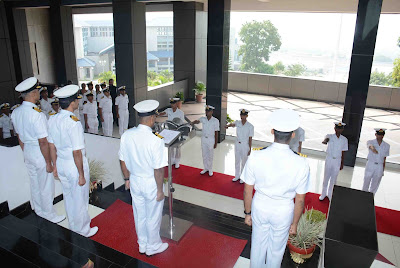 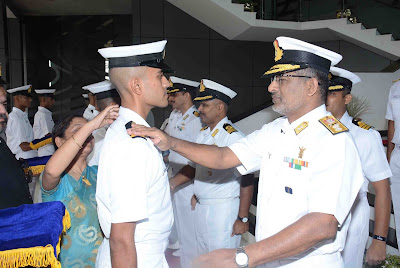 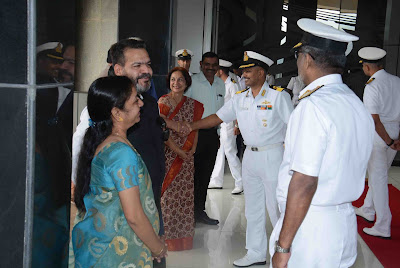 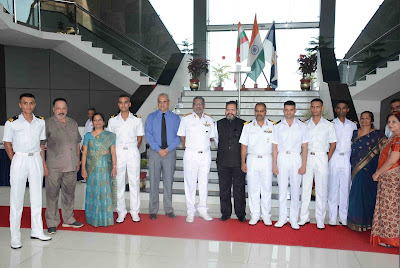 The Oath of Allegiance to the constitution was administered to the cadets by Commodore M Goverdhan Raju, NM, Principal Director (Training) followed by ‘Shipping of Stripes’ ceremony. Rear Admiral KS Venugopal, Principal, INA, presided over the ceremony and exhorted the cadets to continue to excel in all endeavours and always aim to deliver the best in their Naval career.

Senior Officers, the proud instructors and the parents fixed the Naval epaulettes, popularly known as ‘Stripes’, on the shoulders of the trainee officers, symbolising their transformation from ‘Cadets’ into Naval Officers. On completion of the training at INA, the officers will now proceed to School for Naval Aviation (SFNA) at Kochi for their follow on training.