Naval Aviation In The Run-Up To Navy Week Celebrations 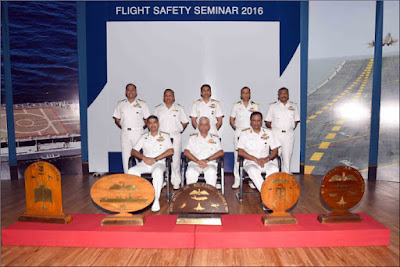 The Naval Flight Safety Seminar-2016 was held at Samudrika Auditorium, Visakhapatnam on 17 November 2016. The Seminar was inaugurated by Vice Admiral Atul Kumar Jain, AVSM, VSM Chief of Staff, Eastern Naval Command. The Annual event, held at the three Naval Commands on a rotational basis, was conducted by INS Dega under the aegis of HQENC.

Several papers on topics having a direct bearing on Flight Safety were presented by Officers from the Navy and by representatives from the sister Services. The event also provided a platform for discussing a number of strategies, concepts and procedures to enhance Flight Safety. A comprehensive analysis of aviation accidents/incidents of the preceding years was also undertaken during the course of the Seminar.

In the sidelines of the Seminar, Aviation Rolling Trophies for year 2015-16 were also awarded. INAS 310, Dornier Squadron, Goa was adjudged the Best Naval Air Squadron and INAS 551, Hawk AJT Squadron based at Vizag was the Runner-up. Vice Admiral Jain gave away the trophies to the Commanding Officers, INAS 310 and INAS 551. The Chief of the Naval Staff Trophies for Flight Safety were won by INAS 300, the erstwhile Sea Harrier Squadron based at Goa for the Best Frontline Squadron, INAS 561, Helicopter Training Squadron, Rajali for the Best Training Squadron and Sandhayak Flight based at Vizag for the Best Ship-borne Flight. The Seminar was attended by a number of Senior Officers including Rear Admiral Puneet Kumar Bahl, Flag Officer Naval Aviation, Rear Admiral Philipose George Pynumootil, Assistant Chief of Naval Staff (Air), Rear Admiral Srinivas Kanugo, Assistant Chief of Naval Staff (Air Material), Integrated Headquarters, Ministry of Defence (Navy).

The Seminar was preceded by a Naval Flight Safety Meeting that was held at Swarna Jyoti Auditorium on 16 November 2016. The meeting was chaired by Rear Admiral Puneet Kumar Bahl, Flag Officer Naval Aviation and attended by all stakeholders of Naval Aviation including representatives from IHQ MoD (Navy), all Commands and Commanding Officers and Flight Safety Officers of all Air Stations of the Indian Navy. A number of issues ranging from the analysis of aviation incidents/ accidents, precautions to prevent recurrence and other relevant matters were discussed during the meeting. 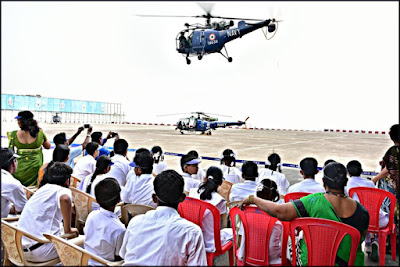 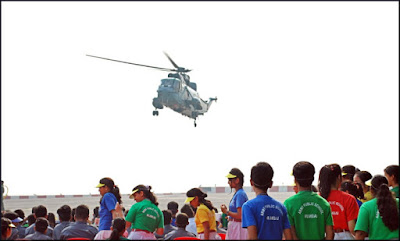 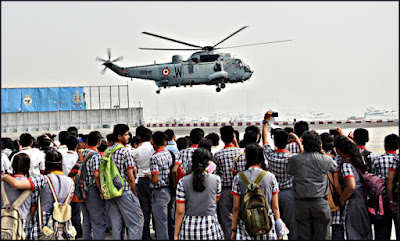 As a part of ‘Navy Day 2016’ celebrations, Air Display for differently abled children and school children was organized from 15-17 November 2016 at Naval Air Station, INS Shikra. On 16 and 17 November School Children were invited to witness the air display. A large number of children witnessed a thrilling display which included helicopter operations at hover, low level manoeuvres, take off and landings. A static display of Chetak, Seaking 42B and Kamov 31 helicopters was also utilised by the pilots or maintainers, to explain role and capability of each helicopter to the children.