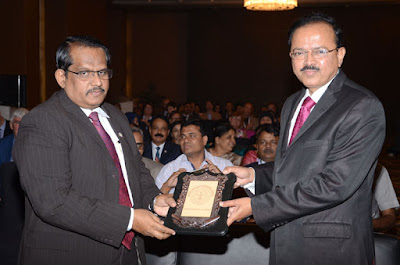 The Minister of State for Defence Dr. Subhash Bhamre has said that stress-related manifestations in soldiers are on the rise and has expressed the need to take adequate steps to counter them. He said with rapid pace in technological advancement and information warfare gaining in strength day-by-day, these factors are taking a heavy toll on the human element. Dr. Bhamre was inaugurating the 58th Conference of International Military Testing Association (IMTA) organised by Defence Institute of Psychological Research (DIPR), a Delhi based laboratory of DRDO, here today. Dr. Bhamre stated that insurgencies, terrorism and fundamentalism are the threats that an Indian soldier faces within the country and handling adversaries from within are a big hurdle. He opined that to select, train and sustain the military in such a hostile environment needs good selection, training and nurturance.

The Minister said that an event such as this conference would provide an excellent platform for all delegates to share the unique challenges that soldiers face in their respective countries and the novel methods based on scientific principles that have been evolved to mitigate those problems.
Appreciating the theme of the 4-day conference ‘Psychological Assessment: Shaping the future Soldier’ the Minister said that the shaping could take place by optimizing the soldier’s performance. He called upon the delegates that their vision statement should be “Soldier preparedness and well-being of the soldier” for mental and physical well-being of the soldier.

Complimenting the DIPR, Dr. Bhamre said the assessment system, methodologies, techniques and tests developed by the Institute are being used by 20 Services Selection Boards spread over the country. He further stated that it is a matter of pride that India’s Armed Forces, which are the world’s third largest are scrutinized through tests developed by DIPR.

Over 127 delegates from 21 countries including hosts India are participating in the conference. Secretary R&D and Chairman DRDO Dr. S Christopher and Chair of the IMTA and Director General Military Personnel Research and Analysis (DGMPRA) of the Canadian Department of National Defence, Ms Susan Truscott also spoke on the occasion.