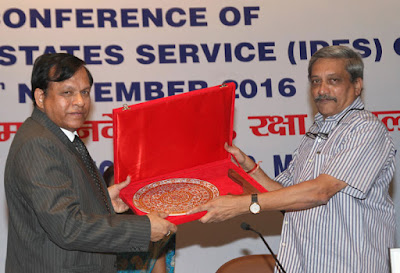 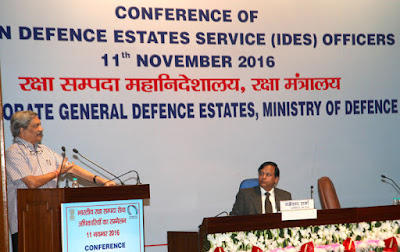 The Defence Minister Shri Manohar Parrikar has said that the Government has relaxed the norms of giving No Objection Certificate (NOC) for the people living around defence establishments to mitigate the problems faced by them. He said the revised policy to be issued on leases, setting up communication infrastructure, mutation of properties, etc. will go a long way to solve many pending issues. Shri Parrikar was addressing a conference of the Indian Defence Estates Service officers, here today. He further added that solving the grievances of ordinary citizen should be the paramount duty of Defence Estates Organisation and opined that modern tools of technology should be used for redressal of public grievances. The Minister stated that most of the public issues have been resolved to the satisfaction of the common people and expressed his appreciation for the efforts made in this direction by the Directorate General of Defence Estates (DGDE) in the last two years.

Referring to Swachh Bharat Abhiyaan, Shri Parrikar called upon the Cantonment Boards to vigorously take up the campaign in a more scientific way. He emphasised that garbage management must be done by introducing various modern technologies.

The Director General Defence Estates Shri Jojneshwar Sharma, in his opening address pointed out that Cantonment Boards need to be provided with required funds to carry out the duties entrusted to them. He mentioned that the purpose of the conference is to share various innovative ideas in implementing schemes in different parts of the country and also to chalk out a road map for achieving targets in key areas.

The conference deliberated on the progress of the Swachh Bharat Abhiyan in various Cantonments and projects related to Smart Cantonments. In addition to this, issues like measures to enhance revenue of Cantonment Boards, protection of defence lands, maintenance of land records, supply of pure drinking water, redressal of public grievances etc. were also discussed.
Defence Estates Organisation is responsible for municipal administration of notified cantonments and management of about 17.57 lakh acres of defence land in the country.