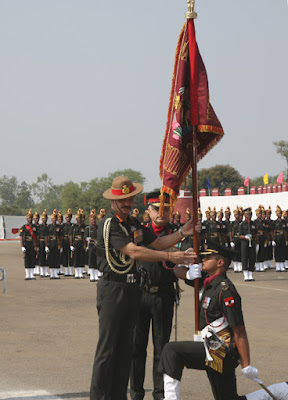 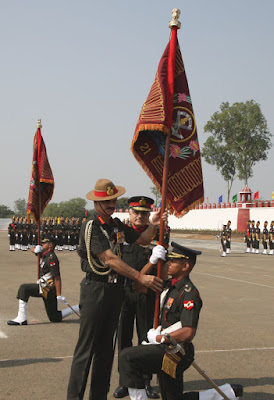 On behalf of the Hon’ble President of India, General Dalbir Singh, Chief of Army Staff, presented the ‘President’s Colours’ to 20 MAHAR and 21 MAHAR Battalions of the Mahar Regiment on the occasion of Platinum Jubilee of the Regiment at Saugor Military Station, today. The Regiment has 09 Battle Honours, 12 Theatre Honours, 08 COAS Unit Citations, 19 GOC-in-C Unit Appreciations and scores of gallantry awards to its credit.

This honour has been bestowed upon these two young battalions of the Regiment in recognition of their dedicated and meritorious service rendered to the nation since their raising. To commemorate this historic event, the Chief of the Army Staff also released a “First Day Cover”, a book on Late General K V Krishna Rao and a graphic novel on Late Major R Parameswaran, PVC.
The Colour Presentation Parade was held at the ‘Anusuya Prasad Parade Ground’ which is named after the youngest Mahavir Chakra recipient of the Indian Army, who with only 10 days of military service laid down his life in the Battle of Shamsher Nagar during 1971 Indo-Pak war.