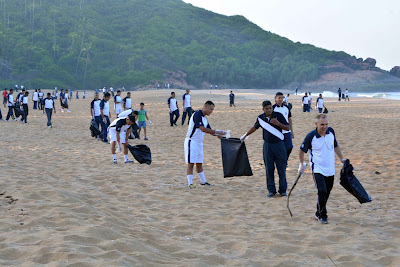 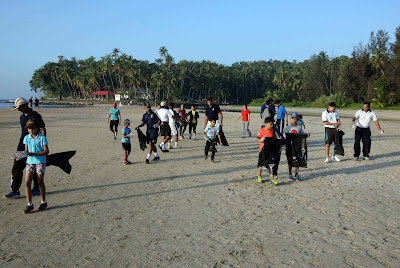 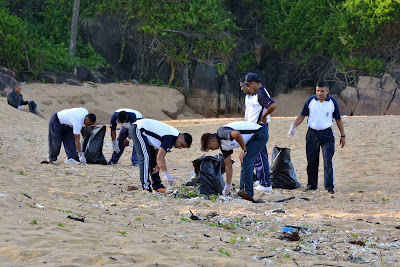 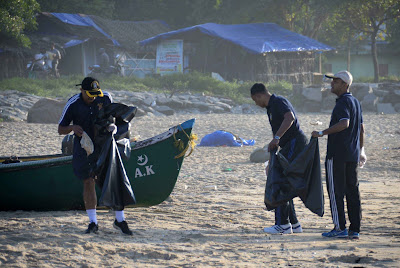 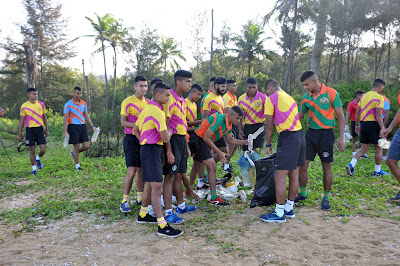 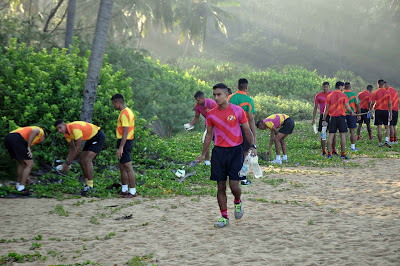 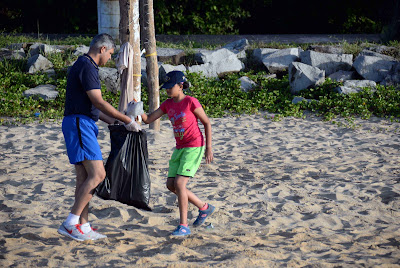 A voluntary mass cleanliness drive was carried out at Indian Naval Academy, Ezhimala on 02 October 2016 as part of Gandhi Jayanthi Celebrations and in continuation of the Swachh Bharath Abhiyan. All service personnel and civilian members of the station along with their family members participated wholeheartedly in cleaning and sprucing up the areas in and around INA.

The activities included cleaning of Ettikulam beach, clearing of drains, pruning of hedges and maintenance of gardens. Special attention was given towards ecofriendly waste management, removal of plastics debris and educating personnel and families on best practices to achieve the goal of plastic free Academy. 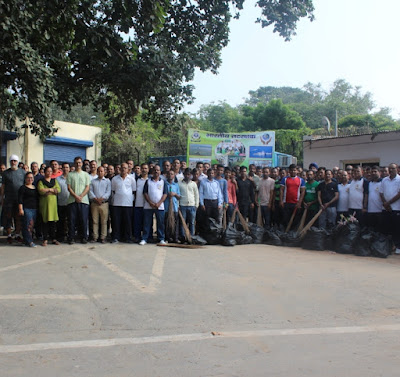 Aligning itself with cleanliness campaign initiated by Honourable Prime Minister Shri Narendra Modi, the Indian Coast Guard conducted “Swachh Bharat Abhiyan” in all its Units and Establishment across the country on 02 Oct 16. The event was not only attended by personnel of the Coast Guard but the families also took part in the event. At NCR, the event was conducted at four places (CGHQ, New Delhi, Sector-23, 24 & 52 at NOIDA), where more than 500 volunteers enthusiastically participated in the campaign and provided impetus towards a cleaner environment.

This year, the Indian Coast Guard has extended the Swachh Bharat Abhiyan to the Maritime Zones of India, with the conduct of “Swachh Sagar Abhiyaan”, in order to encourage the concept of clean seas.
The main aim of the Swachh Bharat Abhiyan and Swachh Sagar Abhiyaan,is the cleanliness of the country and the earth by sensitizing the people not to throw garbage and pollutants on land, as well as in the Sea.