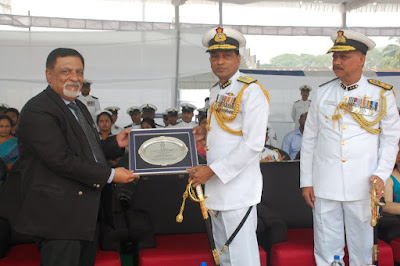 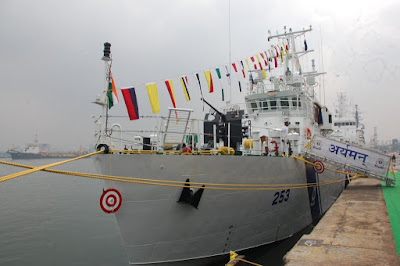 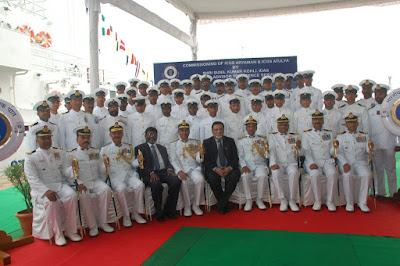 The 50m long indigenous FPVs displace 317 tonnes of water and can achieve a maximum speed of 33 knots with range of 1500 nautical miles at an economical speed of 13 knots. Equipped with state-of-the-art weaponry, advanced communication and navigational equipment, the ships are ideal platform for undertaking multifarious close-coast missions such as surveillance, search and rescue and interdiction. The special features of the ships include an Integrated Bridge Management System (IBMS) and Integrated Machinery Control System (IMCS).
The ships have been christened ICGS ‘Aryaman’ and ‘Atulya’. Aryaman literally meaning ‘Possessor of Greatness’ will be based at Kochi under the administrative control of the Commander, Coast Guard Region (West) and Atulya meaning ‘Unrivalled’ will be based at Visakhapatnam under the administrative control of the Commander, Coast Guard Region (East).

ICGS ‘Aryaman’ is commanded by Commandant Neeraj Singh and ICGS Atulya by Commandant (JG) Shivprasad. The ships have a complement of 05 officers and 33 enrolled personnel each.