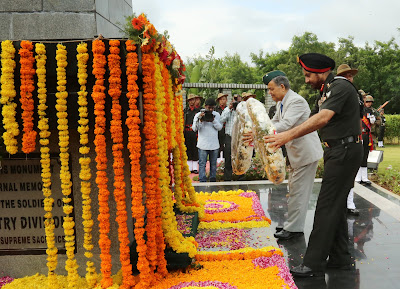 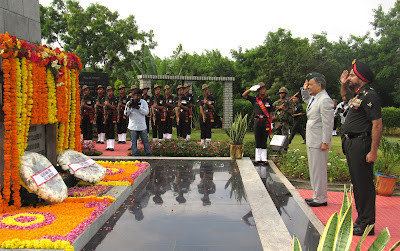 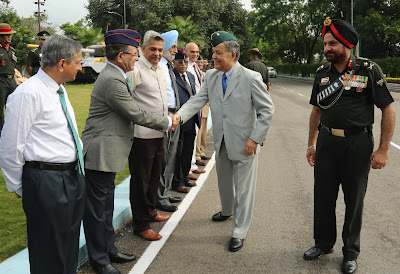 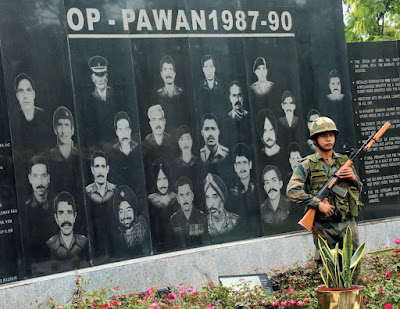 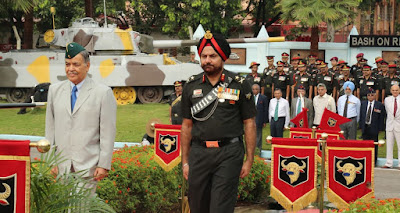 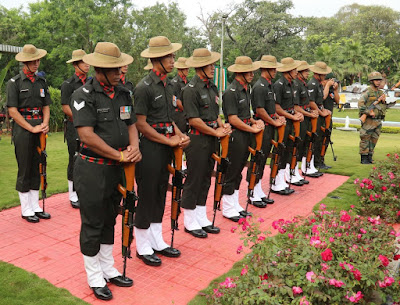 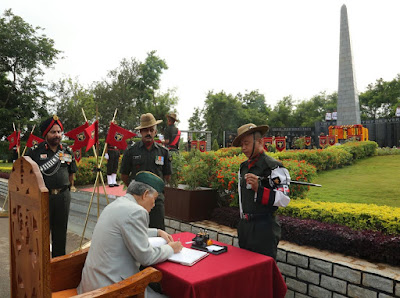 Lieutenant General MM Lakhera (Retd) laid the wreath at Bison Warrior’s Monument on behalf of the Bison Division to pay tributes to the martyrs who made the supreme sacrifice for the nation in Secunderabad Cantonment today. The event commemorates the Golden Jubilee of the raising of the Division.

The glorious past of this elite formation of the Indian Army bears testimony to the 679 gallantry awards bestowed on its brave hearts over the years for their sacrifices in Operation (OP) CACTUS LILY, OP PAWAN, OP VIJAY & OP PARAKRAM, which includes 03 Param Vir Chakras, 02 Ashok Chakras, 15 Maha Vir Chakras and 59 Vir Chakras amongst others. The formation has supported the civil population of the peninsular India, over the years in rendering humanitarian assistance and disaster relief in OP RAHAT, OP LEHAR & OP HUDHUD and in the present flood like situation in the twin cities of Hyderabad & Secunderabad. A solemn ceremony of honouring the ‘heroes’ of the division at the Bison War Monument was conducted today. The ceremony was dedicated not only who made the supreme sacrifice for the nation in operations but also in peacetime deployment in aid to civil authorities. This event also paid homage to the valiant soldiers who laid down their life in Uri in the line of duty for the cause of the nation. The division also honoured its veterans and Veer Naris (War Widows) on this momentous occasion.