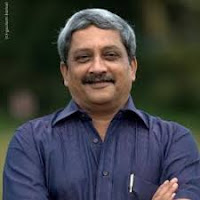 Speaking on the occasion, Shri Parrikar said this is a step towards creating employment opportunities with corresponding boost to the economic activities in Goa. “This is the right place for MRO activities related to helicopter engines. We have a local talent to meet the skill requirement for the project”, he added.

Elaborating on the project, Chairman and Managing Director, HAL Shri T Suvarna Raju said the JV reflects the longstanding relationship between HAL and Safran Helicopter Engines. “Goa is a natural choice for this. With demand for helicopters engines on the rise, sky is the only limit in this business”, he said and thanked the state Government for providing all the support in making this JV a reality. The JVC brings about synergy of the expertise from HAL and SafranHE in the field of ROH of Safran family of engines. He further added that this partnership will improve customer satisfaction through improved serviceability, reduced cycle time for ROH, availability of spares, troubleshooting, field support and modifications to overcome design deficiencies. The MRO Centre plans to progressively support engines of International Operators and other engines as mutually agreed between the partners. In addition to carrying out overhaul activities at Goa, the JV will also provide support through Certified Maintenance Centers located centrally at customer bases, he remarked.

CEO, Safran Helicopter Engines Mr. Bruno Even said “HE-MRO marks a new step in the long-lasting and fruitful partnership between Safran and HAL. We are extremely proud of the continued confidence placed in us by HAL. Together we are committed to delivering world-class support to our customers, both in India and throughout the region”.

With a fleet of over 1,000 engines, including 250 TM333 and 250 Shakti, India’s armed forces are one of the largest operators of Safran-designed helicopter engines. Shakti is the Indian designation for the Safran Ardiden 1H1, co-developed with HAL and produced under license.

Shakti is fitted to HAL’s ALH/Dhruv and has been selected to power the HAL-designed Light Combat Helicopter (LCH). The Ardiden 1U variant powers the new Light Utility Helicopter (LUH), a three-ton single-engine aircraft that made its maiden flight in September 2016.

The function was attended by Chief Minister of Goa Shri Laxmikant Parsekar and senior officials of HAL and the State Government of Goa.