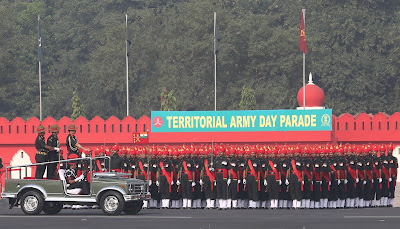 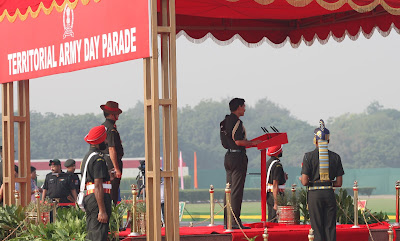 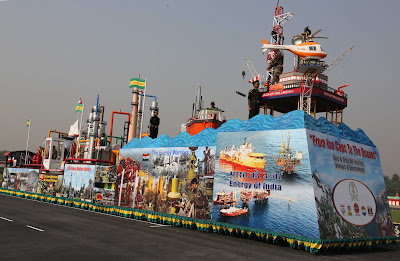 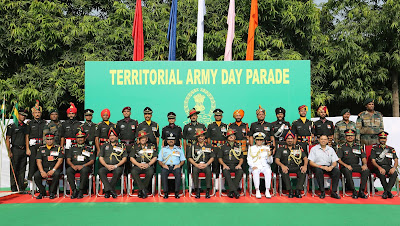 The Territorial Army celebrated it’s 67th Raising Day on 09 October 2016. To mark the occasion, an impressive parade was held at the Army Parade Ground in New Delhi. In a befitting ceremony, General Dalbir Singh, the Chief of Army Staff reviewed the parade and complimented the Territorial Army fraternity for doing yeoman service to the nation.

Territorial Army was exemplified by a spectacular display of their capabilities during the parade which was commanded by Col Krishnandu Barker and comprised of ten marching contingents, fifteen bands and three tableaus of Railway Engineers, Oil Sector & Ecological Territorial Army units.

Territorial Army soldiers, resplendent in their regimental attires, marched with military precision to the martial tunes displaying their impeccable standards and enviable bearing with enthusiasm and zeal. Tableaus of Ecological Task Force, Railway Engineers and the Oil Sector units showcased the valuable contribution of the Departmental Territorial Army units to the nation in the fields of environment conservation and in maintenance of essential services like Railways and Oil production and supply.

The parade was witnessed by other civil and military dignitaries, including military and defence-attaches from friendly foreign countries. Several prominent personalities have come forward to join the citizens’ Army and have not only enriched it organisationally but have contributed immensely in enhancing its image amongst the youth of the nation. Territorial Army has grown into a force with multi-dimensional capabilities.

The Chief of Army Staff applauded the good work done by the Territorial Army personnel in various fields and wished all ranks and their families good luck for a glorious future.