The 'Infantry Day' was celebrated on 27 Oct 2016 with a solemn Wreath Laying Ceremony organised at `Amar Jawan Jyoti' wherein Gen Dalbir Singh, Chief of Army Staff (COAS), Gen JJ Singh, (Retd) former Chief of Army Staff, Director General Infantry and Colonels of Infantry Regiments laid wreaths and paid homage to the braves of the Infantry. Gen JJ Singh (Retired), former COAS, represented the veterans at the Wreath Laying Ceremony.
The Infantry celebrates 27 October each year as the Infantry Day to commemorate the first Infantry action post independence. On this historical day sixty nine years ago, in response to the threat posed to the sovereignty and territorial integrity of our nation, the leading elements of the Indian Army from the 1st Battalion of the SIKH Regiment, air landed at Srinagar. This bold action by Indian Army and resolute fighting by the Infantrymen reversed the tide of events and thwarted the nefarious designs of Pakistani Raiders aided by Pakistan Army. This action ensured that Kashmir remained an integral part of India.
The Infantry has been at the forefront of all operations that Indian Army has undertaken. One of the most battle hardened and combat rich force in the world, the Infantry has an enviable combat record, having won 17 out of 21 Param Vir Chakras and 45 out of 65 Ashok Chakras which have been awarded so far.

Since the advent of warfare, the Infantry soldier has remained the basic force for enabling realisation of decisive victory and imposition of National will. This crucial role makes Infantry the most predominant, indispensable and ultimate combat arm for achieving victory in war. 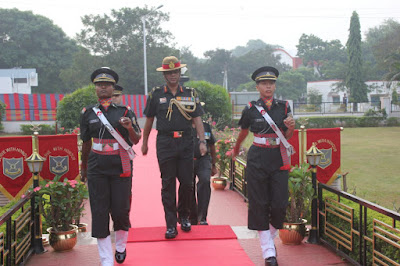 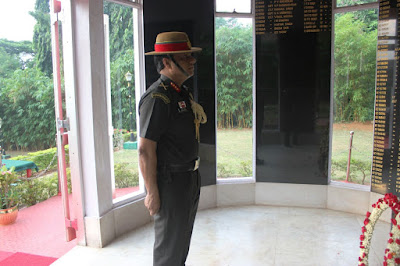 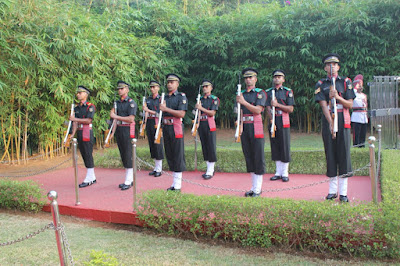 Indian Army’s premier pre-commission training institution in Chennai the Officers Training Academy observed the Infantry Day on 27th of October, a solemn and proud occasion with Wreath Laying and a high tea with all Infantrymen, serving and retired.   Lieutenant General V R Raghavan (Retd), the senior most Infantry Veteran laid the wreath on behalf of the retired soldiers and Lieutenant General Bobby Mathews, Commandant OTA, the senior most serving Infantry Officer in Chennai laid the wreath on behalf of the serving Infantrymen in Chennai Military Station. Lieutenant General V R Raghavan also spoke to all present at the ceremony on the importance and significance of this occasion.
Pics : Sat Basani Kumar