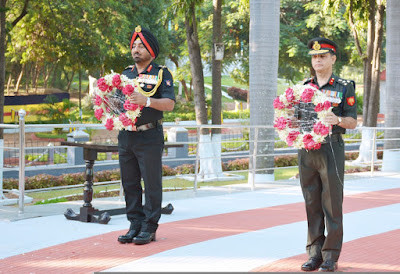 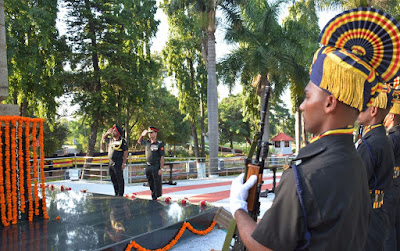 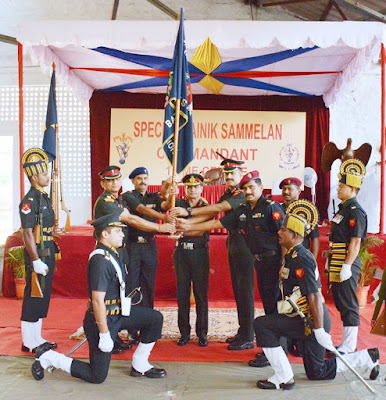 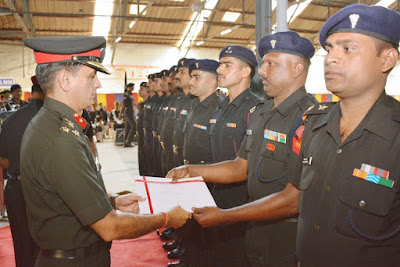 The 1Electronics and Mechanical Engineers (1 EME) Centre celebrated 73rd EME Corps anniversary here today. The celebrations started with wreath laying ceremony carried out at the War Memorial of 1 EME Centre. The chief guest for the day Lieutenant General Gurumukh Singh, Commandant, Military College EME and Colonel Commandant of the Corps of EME, Brigadier Ajay Malik, Commandant 1 EME Centre and retired veterans Lt General (Retd) G Sridharan, Brigadier (Retd) Dutta Roy paid tribute to the martyrs, who made the supreme sacrifice in the service of the nation by laying the wreath at altar of the memorial. 1 EME Centre, an ISO 9001:2008 certified institution located at Secunderabad is one of the most prestigious training institute of the Corps of Electronics and Mechanical Engineers (EME) and Indian Army.

A special Sainik Sammelan on the occasion was chaired by Brigadier Ajay Malik, Commandant 1 EME Centre. The Sammelan commenced with EME Corps song along with the Corps Brass and Pipe Bands tuning in. The religious teachers depicting confluence of all four major religions of the country and upholding the secular ethos of the nation and Army offered prayers "for peace and prosperity". The Corps anniversary messages from Chief of Army Staff, Master General of Ordnance, Director General of EME and General Officer in Commanding of Dakshin Bharat Area were read out during the Special Sainik Sammelan. The Commandant felicitated the deserving ranks with excellence awards received from Director General of EME and Commandant, 1 EME Centre. While addressing all ranks the Commandant briefed them on the challenges up front and called upon them to rededicate themselves to the service of the nation by ensuring high standards in training.