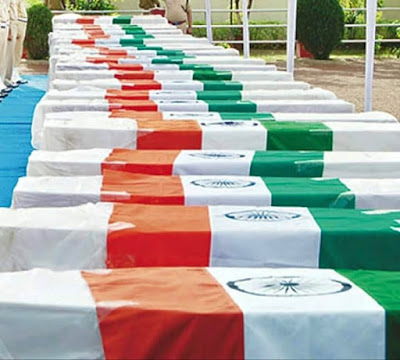 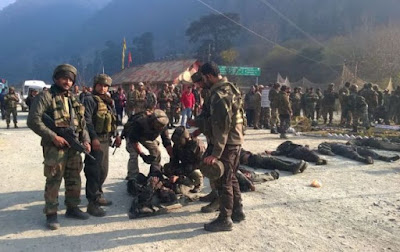 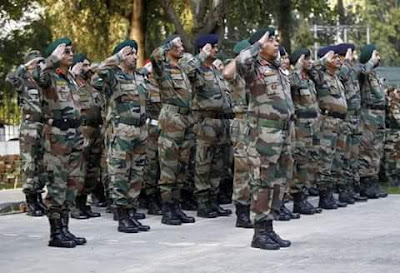 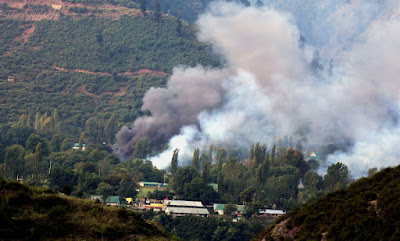 The plan was to

1. kill unarmed troops.
2. Then storm Medical Aid Unit near Brigade Adm Area.
3. And then to explode themselves after entering officers mess.

All these was revealed by the Map carried by militants which was marked and indicated in Pashtun language. The moment Diesel dump exploded due to smog and subsequent explosion terrorists got disoriented and headed straight towards Soldiers barracks. One terrorist was gunned down there by 19 year old Dogra soldier, he challenged remaining 3 and sustained severe head
injury when a bullet hit his Helmet, he was evacuated by colleagues. since the barracks was empty militants took defensive position in side barracks of 2 floor and 16 rooms. Later 4 Para Commandoes (SF) stormed the building and killed the terrorists.

4 more soldiers lost battle with life in hospital. 17 soldiers died, 30 injured. This was the biggest attack on army in 26 years.

On the day of a terror attack in Uri when four terrorists were killed and 17 soldiers martyred, the Defence Minister Shri Manohar Parrikar and Army Chief General Dalbir Singh visited Kashmir to take stock of the ongoing operations and review the overall security situation in Kashmir.

They were briefed by the Northern Army and Chinar Corps Commanders Lt Gen DS Hooda and Lt Gen Satish Dua respectively at Srinagar on the Uri attack and the operation launched to neutralise the terrorists. While three of the four heavily armed terrorists were eliminated within the initial fifteen minutes of establishing contact, the fourth was neutralized later and four AK-47 rifles and equal number of UBGLs along with other war like stores were recovered from them. Unfortunately, 17 soldiers have attained martyrdom in the operation. 13 of these soldiers died as they were trapped in the tents and shelters that caught fire due to the explosives used by the terrorists.

The Defence Minister was briefed about the security grid along the Line of Control (LoC) and the hinterland also covering the deployment of the additional forces that have been recently inducted into the Valley. The need for heightened vigil both on the LoC and hinterland and to remain prepared for any eventuality was stressed upon. There have been a number of infiltration attempts that the Army has foiled recently. It may be recalled that in the last one week itself, three such attempts were foiled in Kupwara Sector when four terrorists were killed and another group of four terrorists was eliminated in Poonch.

On being briefed about the internal security situation in the hinterland, the Army Chief reiterated the importance of complete synergy amongst all security, intelligence and other government agencies to ensure calm and prevent the terrorists and other inimical forces from moving with impunity and intimidating the populace.

Earlier the Army Chief also visited Uri to get a first hand account where he was briefed on the latest situation by the Commanders on ground. The Defence Minister and Army Chief later met the casualties at the Army Base Hospital in BB Cantt. Saluting the martyrs, they expressed their deep grief and condolences over the loss and wished speedy recovery to the injured. The Defence Minister has directed that the mortal remains of all the martyrs would be transported directly to their respective hometowns for which arrangements are being made.