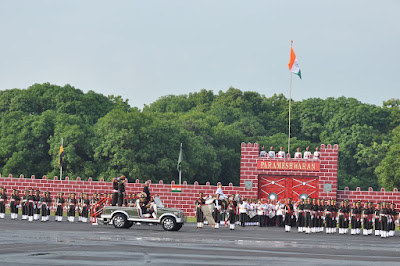 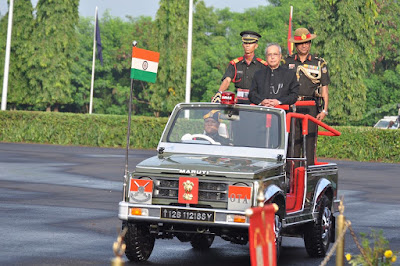 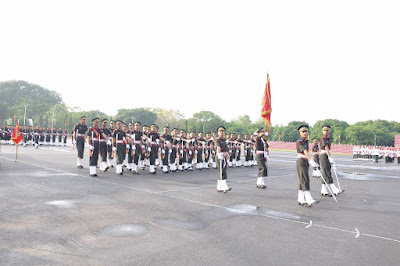 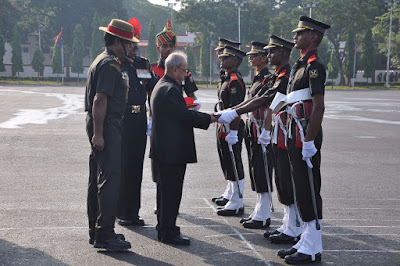 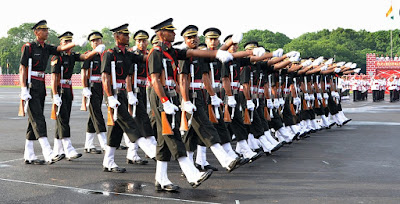 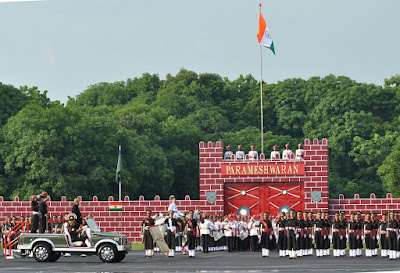 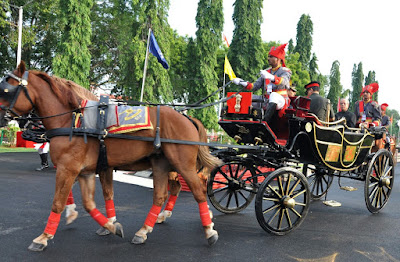 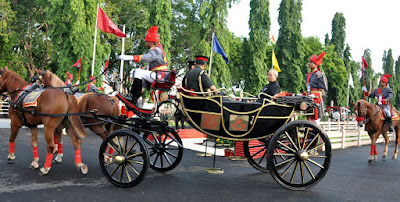 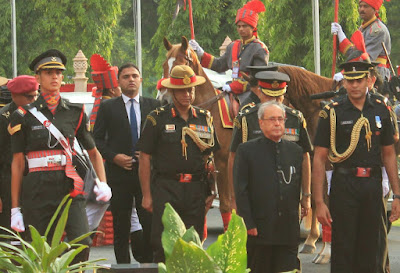 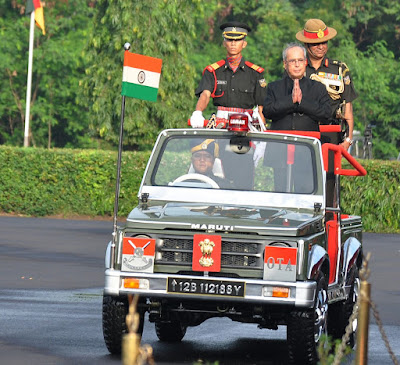 The President of India, Shri Pranab Mukherjee reviewed the Passing Out Parade of the Summer term at the Officers Training Academy, Chennai today (September 10, 2016).

Addressing the Officers, the President said an onerous task awaits them as they go on to don the mantle of great responsibility and authority bestowed upon them by the Constitution of India. They have been through a gruelling one year of training to equip them with the requisite mental and physical skills required to lead troops in extremely challenging conditions. The President told Officers that their honour and integrity is not just theirs: they should always remember there are more than a billion Indian fellow citizens looking up to them every moment with admiration, awe and respect for what they are, the great Institution they serve in and what they are expected to do for this Nation at the time of reckoning.

The President said more than ever before India requires young men and women to take up the challenge of guiding the nation through troubled waters. They need to work tirelessly and selflessly even at the peril of their lives in the service of our Motherland. When they are battling odds that seem insurmountable, they should remember there are a billion hopes pinned on their young and brave shoulders.

Address of Shri Pranab Mukherjee, the President of India on the occasion of review the passing out parade of the summer term at Officers Training Academy (10 September 2016)

It gives me great pleasure as the Supreme Commander to be present here amongst you in the beautiful surroundings of the OTA and reviewing this parade which heralds a new dawn in your lives as Commissioned Officers of the Indian Army.

As I look at each one of you I am filled with pride and confidence. I congratulate the Commandant and his faculty for having toiled hard to turn out such a smart and capable set of young and vibrant military leaders. I am sure each one of you present here and the rest of our Nation watching this Parade shares this sense of pride, which I feel. Before going any further let me congratulate each one of you for the excellent standard of Drill and an outstanding Parade. I must confess that, even now, every time I witness a Military Parade my veins throb with renewed passion and fervour for our splendid Armed Forces and our great Nation, India.

A few moments from now you will be commissioned as Officers into the finest Army in the world commanding the finest soldiers that walk this Earth. An onerous task awaits you as you go on to don the mantle of great responsibility and authority bestowed upon you by the Constitution of India. You have been through a gruelling one year of training to equip you with the requisite mental and physical skills required to lead troops in extremely challenging conditions. Above everything else that your Alma Mater has taught you, the first and foremost is the Honour Code. Your honour and integrity is not just yours: always remember there are more than a billion Indian fellow citizens looking up to you every moment with admiration, awe and respect for what you are, the great Institution you serve in and what you are expected to do for this Nation at the time of reckoning. On your shoulders and through your professionalism may the Indian Army rise to even greater heights!

India is an unique country of 1.3 billion people, three major Ethnic groups, 122 languages, 1600 dialects and disparate religions. Our strength lies in the unique capacity to blend apparent contradictions into positive affirmations. In the words of Pandit Jawaharlal Nehru, it is a Country held together and I quote : “by strong but invisible threads…. About her there is the elusive quality of a legend of long ago: some enchantment seems to have held her mind. She is a myth and an idea, a dream and a vision, and yet very real and present and pervasive” (unquote). I see before me a microcosm of what India is with representation from every part of our great Country constituting this impressive Parade, today. I am also gladdened to see Officer Cadets from our friendly and valued countries of Afghanistan, Bhutan, Fiji, Papua New Guinea and Lesotho. My congratulations to your Government and Countrymen on receiving such fine young men and woman into their Armed Forces. May God be with each one of you and may you always triumph over adversity.

Our security challenges in fact go much beyond conventional borders and conventional threats in the international arena including; a sizeable diaspora to protect in unstable regions in the world, energy security issues and protection of maritime sea lanes. Time and again our Country has fallen back on our Armed Forces in internal crisis situations, both man made & natural. All these challenges demand a capable and responsive Armed Forces to ensure stability and peace, so vital for our Country on its path of peace and prosperity for all its citizens.

The 21st Century has ushered in its own set of challenges. Though turbulence and uncertainty have manifested all along in the history of mankind, this century is witnessing chaos and strife of a very virulent nature encompassing asymmetric warfare involving both state and non state actors.

More than ever before India requires young men and women to take up the challenge of navigation through troubled waters and work tirelessly and selflessly even at the peril of their lives in the service of our Mother land. The Indian Army represents the Instrument of Last Resort. Always remember that the acme of a great and powerful Army does not lie in the power it can unleash but the manner and dexterity with which it does so.

Your leadership abilities will be tested under fire literally. When you are battling odds that seem insurmountable remember there are a billion hopes pinned on your young and brave shoulders.

Gentlemen & Lady Cadets standing in front of me march ahead with Tagore’s words from Nutan Yuge Bhore:

Move ahead, the roll of drums announce your triumphal march;

With feet of glory, you shall cut out your own path;

Delay not, delay not, a new age dawns.

God bless each one of you. Thank you.

The President of India, Shri Pranab Mukherjee attended a Presidential Dinner hosted in his honour at the Officers Training Academy, Chennai yesterday (September 9, 2016).

Addressing the Officers, the President said the journey of Officers Training Academy, Chennai which began in 1963 is embellished with the acts of great valour and heroism.

The President called upon the officers to remember that the troops they command are the finest in the world. In addition to leading them well in operations, it is their duty to look after their welfare and ensure the best possible quality of life for them. They must lead by example and always ‘Walk the Talk’.

The President said the Indian Army is in the midst of a transformation and needs agile, adaptive leaders with a broad perspective and wide range of skills. In an era, where they will face the full spectrum of conflict, ranging from high intensity combat, peace time soldiering, peace keeping, humanitarian intervention, counter terrorism and insurgency, low intensity conflict, all in rapid succession or even simultaneously – India needs military leaders, equal to the challenge! They will be expected to make sound and ethical decisions in operational and other difficult situations in a split second. They have to train hard to achieve this competence.