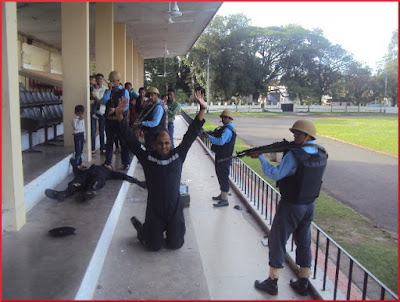 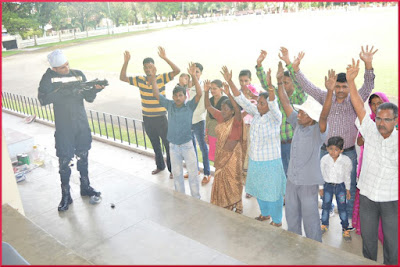 A Coordinated Security Exercise to practice appropriate responses during security contingencies such as hostage situations and streamlining procedures was conducted  by the Southern Naval Command (SNC) for units based at Kochi on 06 Sep 16.

On commencement of the exercise, intelligence inputs were simulated based on which security state was implemented. Suspected terrorist threat, attack by fast attack craft, landward and seaward threat were induced. All deployments and movement of personnel/ material was undertaken as actuals. Aerial Surveillance, helicopter transfer of Quick reaction team and employment of Explosive Ordinance Diffusal (EOD)  team and dog squad were the highlights of the exercise. Ships at harbour were also exercised for armed intruder attack along with major fires onboard.

The exercise was conducted as part of the regular drills and exercises conducted by the SNC to fine-tune the reaction during an eventuality. Approximately 19 situations  including 2 hostage situations were induced for all  naval units  at Kochi. The exercise was coordinated and controlled by Naval Officer in charge (Kerala) from Joint Operation Centre (Kochi)