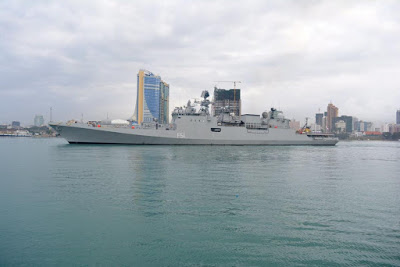 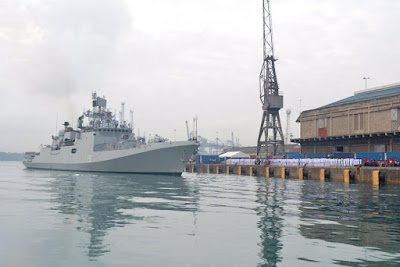 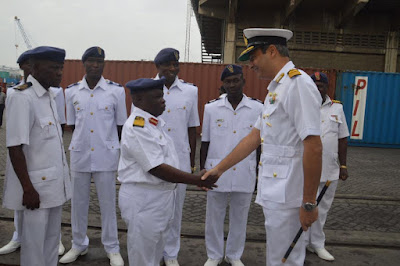 The visit is aimed at enhancing bilateral ties, strengthening the existing bonds of friendship and reinforcing cooperation in maritime security between India and Tanzania. During the stay in harbour, various activities including official calls, cultural events and professional interaction between the two navies are planned. The ship would also be open to public for onboard visits, during its stay at Dar Es Salaam. At the helm of the ship is the Commanding Officer, Captain Arjun Dev Nair who is assisted by a team of professional and highly motivated men of the Indian Navy.

India and Tanzania have traditionally enjoyed close and friendly relations, driven by shared ideologies and genuine desire for South-South cooperation. Frequent visits by high level delegations including Heads of State have added much depth to bilateral relations. The recently concluded visit of India’s Prime Minister Shri Narendra Modi provided fresh impetus to the bilateral relationship between the two countries. The growing defence cooperation between the two countries is evident by the increasing frequency of port visits by naval ships, cooperation in the field of hydrography and training support. The last such visit by IN ship to Tanzania was in March 2016 when Indian Naval ship Sutlej visited Dar Es Salaam as part of Survey deployment. The current visit seeks to strengthen the existing bonds of friendship between India and Tanzania and reaffirm India’s commitment towards enhancing maritime cooperation between the two nations.