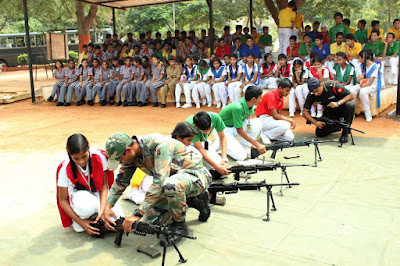 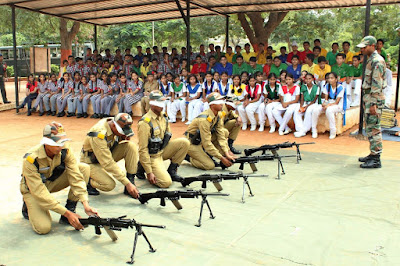 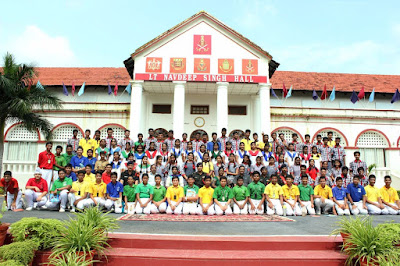 As part of the Southern Star Info Campaign, Army Ordnance Corps (AOC) Centre organised a guided tour for the students to the various institutions, here today. Around 100 students from various Schools from twin cities enjoyed the trip. The aim of the event was to familiarize and motivate the young students to join an exciting and challenging carreer in the Indian Army. The event was inaugurated by the Commandant, AOC Centre, Brigadier Pramod Kumar Sharma.

During the guided tour, the students visited the Motivation Hall of the AOC Centre which has received the prestigious Indian National Trust for Art & Cultural Heritage Citation, Sand Model Room depicting various regions like Plains, Plateous, Mountains, desert etc and the instructors briefied the students about the general conduct of various Military drills. They also visited the obstacle training area, Parade ground and witnessed the Passing out Parade. The students got an opportunity to see the simulator room where they were exposed to various simulators which are used for training of recruits. The display by AOC Centre Pipe Band completely memerized the visitors. Students got an opportunity to meet and interact with the Indian Army’s Body Building Team and Other National / International Sportsmen. The event concluded with informal but informative interactions of Students with Army Officers on various entry schemes and opportunities in the Armed Forces.