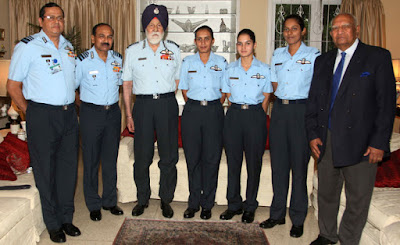 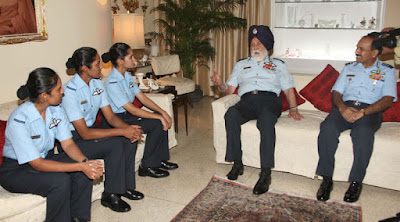 On 18 June 2016, three women pilots, on successful completion of initial flying training, were commissioned as pilots in the fighter stream of the IAF. These women pilots competed alongside their male counterparts to be part of the elite fighting force and were selected solely on their capability. They are pioneers in the field and will be role models for the generations to follow. On 12 August 2016, Marshal of the Air Force Arjan Singh DFC felicitated the three women fighter pilots who are ushering the IAF into a new era of women in combat roles in the IAF.

Marshal of the Air Force Arjan Singh DFC, who was the Chief of the Air Staff during the 1965 conflict with Pakistan, is a living legend and is also the senior most fighter pilot of the IAF. He has been a constant source of inspiration to generations of air-warriors. An interaction and encouragement from the 'Marshal of The Air Force' will be a matter of great honour for the budding young women fighter pilots and will motivate them to excel in their profession.