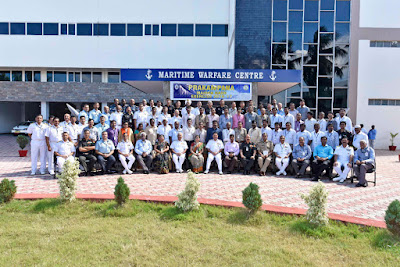 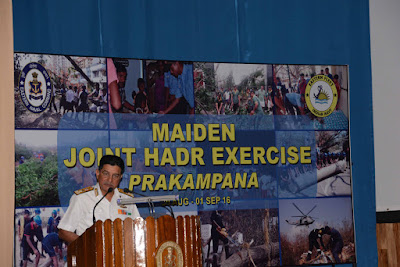 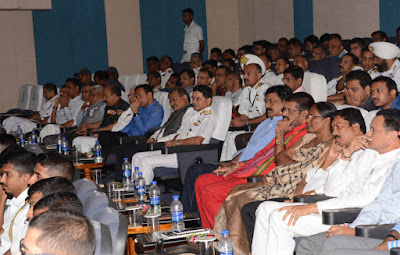 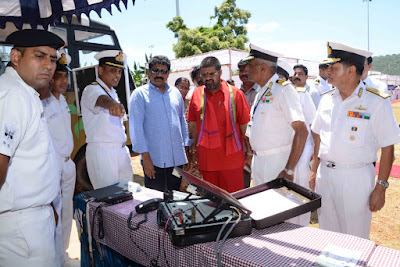 Several dignitaries from various Central and State Government agencies, representatives from PSUs located in Visakhapatnam, Professors, University reps and experts in the field of disaster management are participating in the exercise in addition to armed forces viz. Indian Army, Indian Navy and Indian Air Force. The inaugural session had presentations by all concerned agencies were aimed at highlighting their existing capabilities in dealing with such natural disasters and was followed by a Table Top Exercise (TTX) at Maritime Warfare Centre, inside Naval Dockyard on a simulated scenario of a super cyclone hitting an urban city akin Hudhud. All stake holders officials who were tasked to formulate a comprehensive Disaster Management Plan to cater for the pre-event action and post disaster action plan. The TTX enabled better understanding of each other’s peculiarities so as to bring all agencies to a common understanding of Disaster Management for better synergy and co-ordination in planning relief operations.