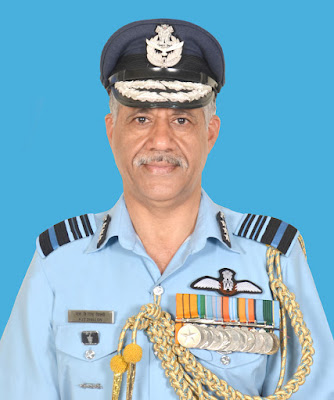 Air Marshal NJS Dhillon AVSM is a graduate of National Defence Academy, Defence Service Staff College, and National Defence College. He was commissioned as a fighter pilot in the Indian Air Force in Dec 81. He has over 3700 hours accident free flying to his credit including 3100 hrs on all variants of MiG-21 aircraft.

He topped the Fighter Strike Leader Course at TACDE and also served as Directing Staff there as of Head of Training and Deputy Commandant. He has commanded a MiG-21 Sqn and has been the Chief Operational Officer of a premier flying base. In addition to Commanding an Operational fighter base, he also Commanded a helicopter base in DR Congo as part of UN Peace Keeping Mission. He also held the appointment of Principal Director Air Defence at Air HQ and Assistant Chief of Air Staff (Inspection) at Air HQ. Prior to his present appointment, he was Air Defence Commander HQ SAC.

He was awarded Ati Vishisht Seva Medal in the year 2013. He is married to Mrs Simmar Dhillon and they have a son and daughter. 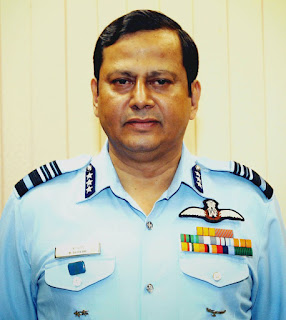 He is a meritorious graduate of the 'Tactics and Air Combat Development Establishment' (TACDE), a graduate of the 'Defence Services Staff College' Wellington and a post graduate from Cranfield University, Shrivenham UK. He commanded No.2 Squadron – The Winged Arrows – as a Wing Commander, TACDE as a Group Captain and a strategic fighter base as an Air Commodore. He is a highly experienced fighter pilot who has flown a variety of fighter aircraft and helicopters.

He is a recipient of two AOC-in-C's commendations, the 'Vayu Sena Medal' and the 'Ati Vishist Seva Medal'.

Air Mshl B Suresh is married to Mrs Radha Suresh and they have a son and a daughter. He has been keen follower of sports. His other interests include reading and music.