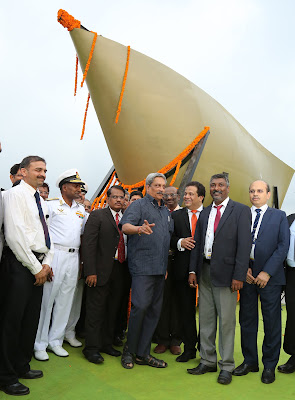 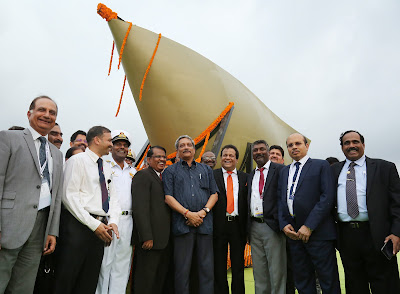 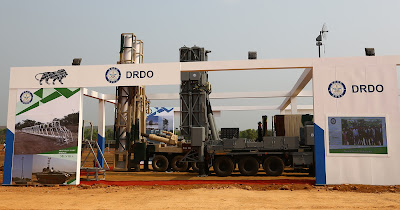 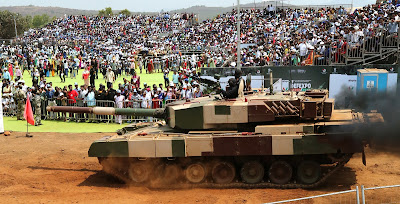 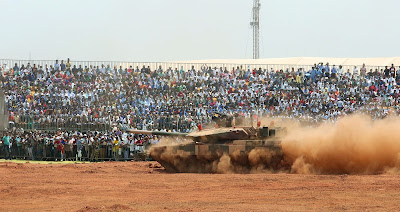 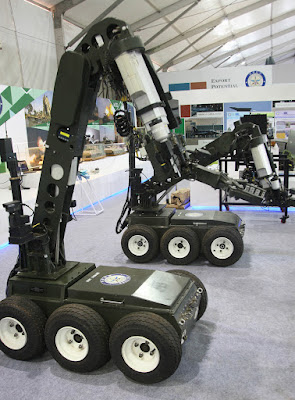 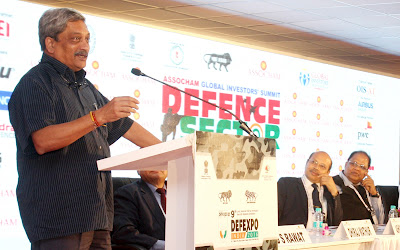 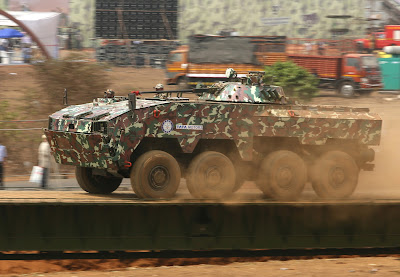 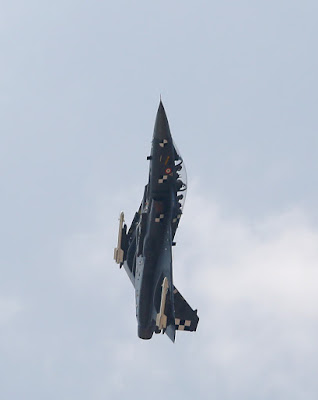 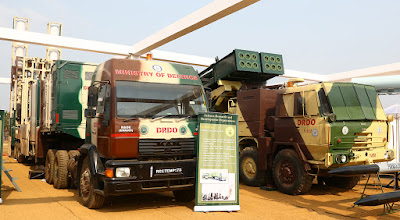 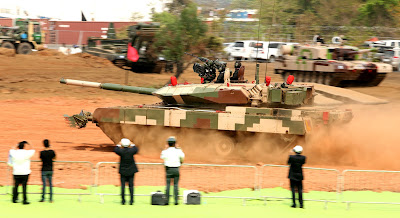 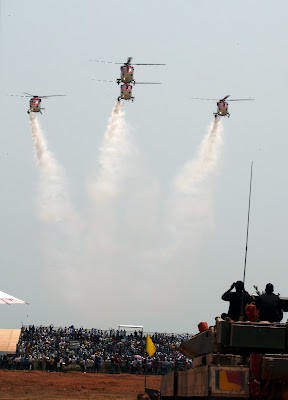 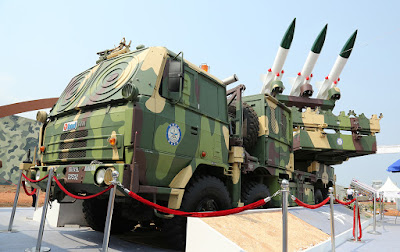 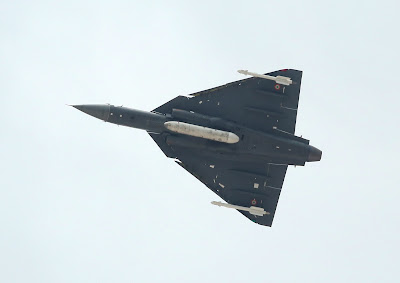 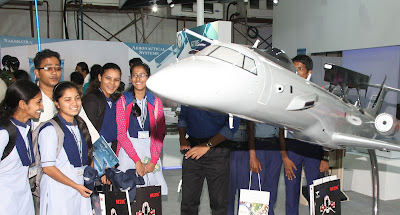 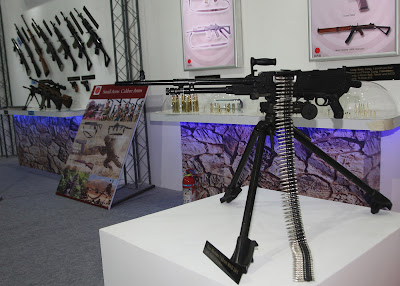 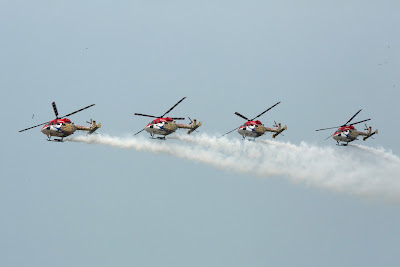 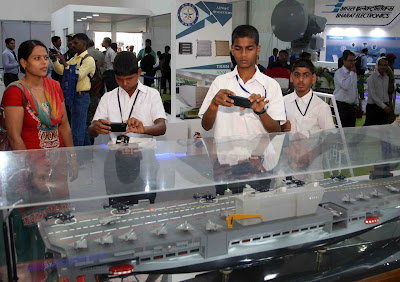 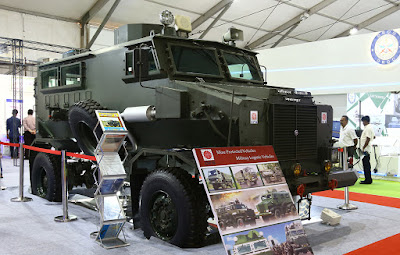 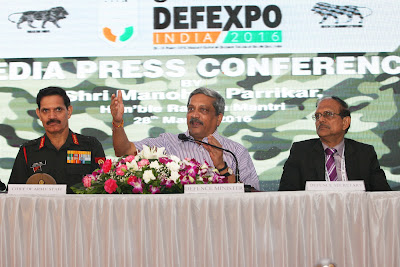 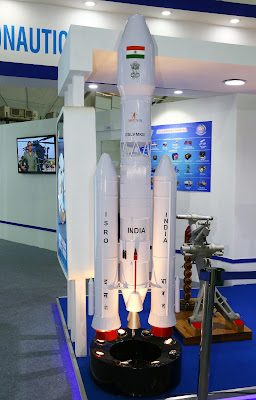 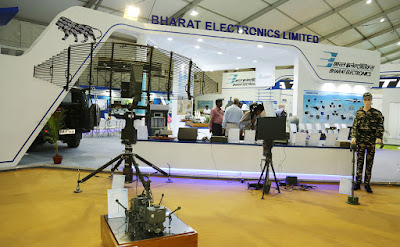 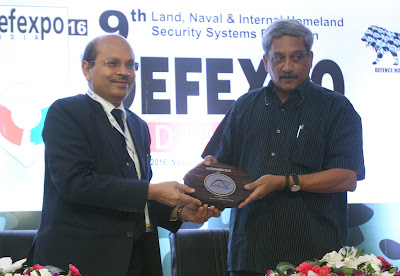 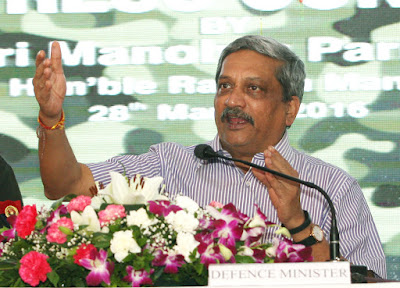 The 9th edition of Defexpo India, a biennial exhibition on Land, Naval and Internal Homeland Security Systems was inaugurated today by the Defence Minister, Shri Manohar Parrikar at Naqueri Quitol, Quepem Taluka, South Goa, Goa. The four-day event is being organised by the Defence Exhibition Organisation of Department of Defence Production, Ministry of Defence.

At the outset Shri Parrikar announced that the Defence Procurement Procedure-2016 (DPP-2016) has been uploaded on the website of Ministry of Defence, commenting that it will provide a push to the ‘Make in India’ campaign.  He said the Government has been proactive in its ‘Make in India’ initiative and desires to also include ‘Startup India’ which will find opportunities in Defence sector. The Defence Minister stated that the Government has tweaked the policies to address the concerns of defence manufacturers and suppliers and enhanced transparency. The new procurement policy being promulgated by DPP-2016 will ensure faster pace in procurement especially through newly introduced categories under Indigenously Designed, Developed and Manufactured (IDDM) provisions. Such provisions will encourage Indian Industry in Defence Sector, he added. He acknowledged the contributions of the Small and Medium Scale Industries in Defence Sector, quoting that many innovative ideas have come from these sectors. He further added that, while Foreign Direct Investment (FDI) in Defence Sector is capped at 49%, cases for higher FDI can be considered on case to case basis. He commended the organisers and the delegates present for the overwhelming response to Defexpo 2016 with record participation of companies in the event.

Speaking on the occasion Shri Laxmikant Parsekar, the Chief Minister of Goa, welcomed the delegates from all over the world to the State of Goa. He said that Goa is an industrially advanced state in the country, and there are many steps taken by the Government to enhance the ease of business within the state. These steps include Investment Promotion Board which provides a single window for obtaining all clearances required for setting up new industries. He hoped that an exhibition of this scale should give adequate stimulus to the local economy.

The Minister of State for Defence, Rao Inderjit Singh, who also spoke on the occasion, said that over the last 70 years India has created a robust industrial base and the aim of the government is to transform India from being a net importer to a net exporter of defence equipment through its ‘Make in India’ campaign.

47 countries from different continents are taking part in the exhibition against 30 countries which participated in Defexpo 2014. In comparison to Defexpo 2014 where 624 companies participated; over 1000 companies, both foreign and Indian, are taking part this year. The net exhibition area sold during this edition is 40,725 square meters against 27,515 Square Meters in 2014.

On the sidelines of the exhibition, Seminars will provide a platform to showcase developments and opportunities in the defence sector.  The topics of the Seminars being conducted on 29 and 30 March 2016 are Global Defence Supply Chain, advances in shipbuilding technology, Make in India for defence sector, India – Korea Defence Cooperation, Modernisation Programme of Indian Army and Challenges and opportunities of Defence Offset.

The event will be open to public on 31 March 2016 and by prior registration on other days. People who wish to visit the site on other days may do so by registering on the website www.defexpoindia.in.

The first indigenous composites sonar dome was flagged off today by Raksha Mantri, Shri Manohar Parrikar, during DEFEXPO 2016 today.  Dr. S. Christopher, Secretary Dept. of Defence (R&D) and DG DRDO, Vice Admiral P Murgesan, Vice Chief of Naval Staff, Dr. S Guru Prasad, Chief Controller R&D (PC&SI) and Rear Admiral (Retd) RK Shrawat, CMD MDL were present on the occasion.
The sonar dome has been designed by R&DE(E), a DRDO lab based in Pune and manufactured by composites manufacturing company M/s Kineco Ltd, Pilerne, Goa.  Thus India joins a select group of nations which have the capability of realizing large composites structure with multi-functional requirements, complex geometry and high structural rigidity with acoustic transparency.  This was possible due to the Vacuum Assisted Resin Transfer Molding (VARTM) process technology with built-in process monitoring capability, to ensure manufacture of a quality product, developed at R&DE(E), DRDO, Pune.  In this process, manufacturing technology was successfully transferred to M/s Kineco, Goa, who have now joined a select band of companies worldwide with this capability.
This is the first This will now pave the way for realizing more ambitious naval structures such as entire ship hulls as well as land based and aerospace applications.

Leading from front, Defence Research and Development Organisation (DRDO) and Defence Public Sector Undertakings (DPSUs) participated in the Defexpo 2016 in full strength.  The largest Land, Naval and Internal Homeland Security Systems Exhibition of India is aimed at promoting exports in the Defence Sector in the country.   During a press conference in the exhibition site Shri Manohar Parrikar said that the Government aims at increasing the exports of Defence equipment by 3 to 4 times in the coming 5 to 7 years.  He said that new policy initiative will permit Defence PSUs to export up to 10% of defence equipment.  As export sales generate higher revenue the profit accrued will be plowed back into capacity enhancement for improving supply to the Armed forces in the long run. Export from DPSUs will be subject to clearances from the partner concerns and Ministry of External Affairs.

DRDO had booked largest area in the exhibition which included indoor and outdoor display.  This year the design theme of DRDO Pavilion is “Rise of Futurism”. DRDO Futurism emphasises its vision to make India prosperous by establishing world class science and technology base and provide our Defence Services a decisive edge by equipping them with internationally competitive systems and solutions.

A very large crowd turned up on the concluding day of Defexpo 2016 making the event a grand success.  While many visitors travelled from far reaches of Goa and adjoining districts, the largest response to the exhibition was received from the local population who visited in large family groups. Enthusiasm was also evident among organized groups from schools and colleges and visiting youth who were curious and showing keen interest in defence technology.

The Defexpo 2016 held outside New Delhi for the first time at Naqueri Quitol, Quepem Taluka, South Goa, concluded today after four days of hectic activities.   The Exhibition was the largest exhibition of its kind in the country with an underlined theme of ‘Make in India’ with 1055 (with Indian companies outnumbering foreign once) companies, over 900 delegation visits and 47 countries participating in the event.  An event of this scale was made possible by the whole hearted support of people and various agencies and availability of tourist / business infrastructure, such as hotels and connectivity, in the host state of Goa. The people of Goa lived up to the reputation of being excellent hosts.