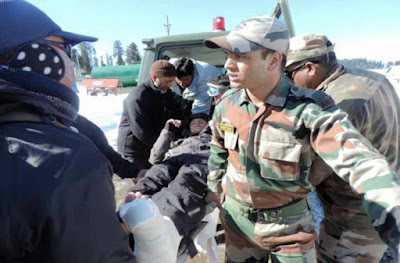 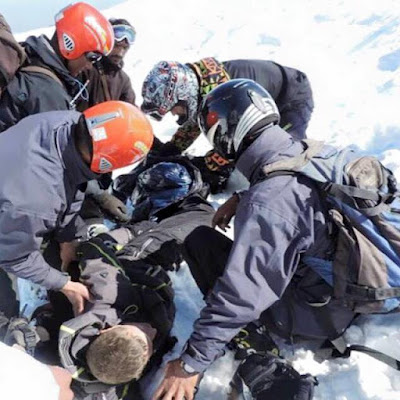 A 33 years old foreign national, Mr Dimitry Lobanov of Russia, was rescued by team from the High Altitude Warfare School (HAWS) of the Indian Army in the upper reaches of Apharwat in Gulmarg area of Jammu & Kashmir. Mr Dimitry Lobanov, who was part of a group of six foreign nationals from Russia was skiing with his group in the higher reaches on Apharwat, where he lost control and fell in a deep gorge covered with snow.

The skiier had suffered severe injuries, resulting in multiple fractures due to the fall. The distress call from the group was immediately responded by a team from HAWS.

The team from HAWS immediately reached the accident site and immediately rescued the individual from a deep gorge and provided first Aid and support. Then, they quickly evacuated him using stretcher, from Apharwat via Khilanmarg to the Army Medical Inspection Room at Gulmarg. The rescue team had to wade through thick snow cover for six kilometers to reach the medical post where the individual was resuscitated and his medical condition stabilized by Army Doctors.

Timely recovery, rescue and evacuation of foreign national by the Indian Army saved his life.