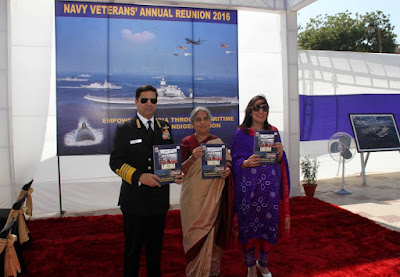 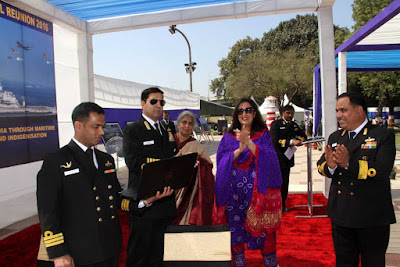 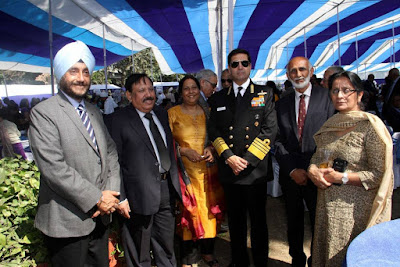 s
Admiral RK Dhowan, PVSM, AVSM, YSM, ADC, Chief of the Naval Staff hosted a reception this afternoon 21 Feb 16 (Sunday) at the Naval Officers’ Mess, Varuna for the naval veterans residing in and around Delhi NCR. Admiral and Mrs. Minu Dhowan interacted with the retired naval officers and their spouses.

Being an important activity of the Navy Week celebrations every year, the event affords an excellent opportunity for interaction between the serving and the retired naval fraternity. Over the years this event has provided a platform that facilitates not only exchange of ideas but also helps in obtaining feedback on the various initiatives implemented by the service for its retired community.

The gathering comprising those in uniform and those who have re-attired into different outfits post retirement from active-service, represented a vast pool of knowledge, experience and wisdom that is collectively leveraged for the benefit of the Navy in particular and for the country at large. The event was well attended by retired officers comprising largely from those residing in Delhi and the NCR. In addition, senior serving officers in station were also present.

During the event, CNS apprised the veterans on the various naval activities including the recently conducted mega event ‘International Fleet Review’ at Visakhapatnam, future plans of the Navy and other initiatives taken towards developing various facilities in the NCR for the serving and retired naval fraternity. In addition, the veterans also got an opportunity to interact with the professional teams {from IHQ MoD (Navy)} on issues related to pension, welfare and medical facilities etc.

The event also witnessed the release of ‘Quarterdeck’ – an annual magazine published by the Navy Foundation. The magazine has over the years established itself as a conduit between the veterans and the serving communities and Senriches with the memoirs of our veterans. It facilitates a virtual walk down the memory lane.