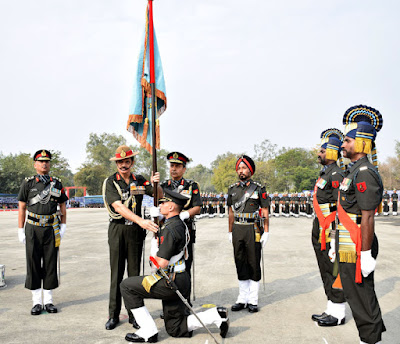 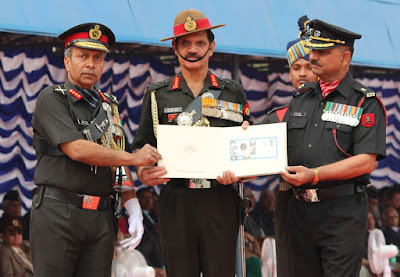 General Dalbir Singh, the Chief of Army Staff (COAS) presented the “President’s Colours” to the Corps of Signals of Indian Army at Gauri Shankar Parade Ground of 1 Signal Training Centre Jabalpur, on 15th February 2016. Lieutenant General Balwant Singh Negi, Army Commander, Central Command was also present. The Colour Presentation Parade was commanded by Brig Kanwar Vinod Kumar, Commandant, 1 Signal Training Centre. The honour has been bestowed upon the Corps of Signals in due recognition of its meritorious service rendered to the Nation since raising. To commemorate this historic event the Chief of Army Staff also released a “First Day Cover”.

The COAS reviewed the parade and during his address, appreciated the efforts and advanced technologies being used by the Corps in the field of telecommunications. He also appreciated the high standard of parade conducted at 1 Signal Training Centre.