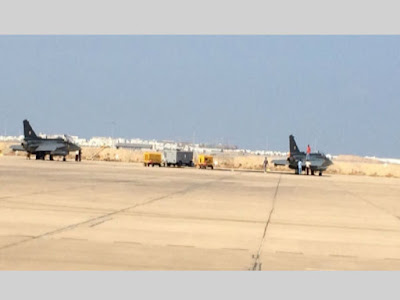 History has been created when Light Combat Aircraft (LCA) Tejas, indigenously designed and developed by Defence Research and Development Organisation (DRDO), touched the foreign soil at Sakhir Airbase, Bahrain. For the first time LCA Tejas flown in foreign airspace to participate in the Bahrain International Airshow-2016 during 21 to 23 January 2016.

In addition to Tejas, DRDO is also showcasing other indigenously developed defence systems to display the nation’s prowess in the area of advanced defence technologies with the aim of exploring the potential for export of defence systems and equipment.