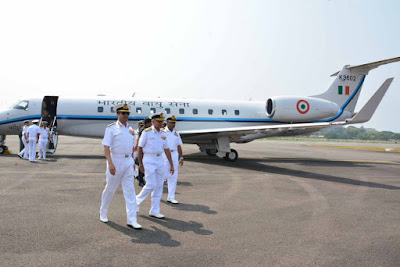 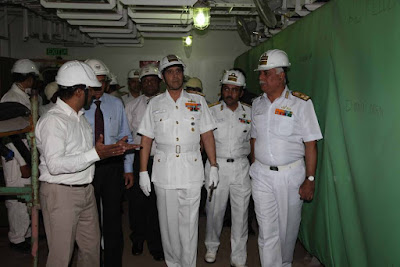 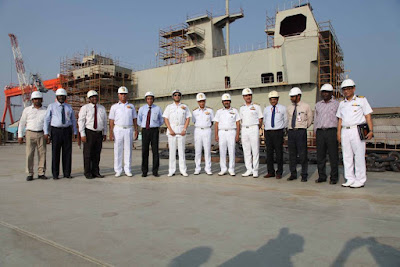 Admiral RK Dhowan,PVSM,AVSM,YSM,ADC the Chief of Naval Staff  arrived Kochi on 16 Jan16 to review the progress of the Indigenous Aircraft Carrier (IAC) ‘Vikrant ‘under construction at Cochin Shipyard limited (CSL). He was received by Vice Admiral Sunil Lanba, PVSM, AVSM, the Flag Officer Commanding-in-Chief of the Southern Naval Command at the naval air station INS Garuda on his arrival.

The Admiral, accompanied by the FOC-in-C South visited the CSL in the afternoon where he had a walk around of the ship to have a firsthand appreciation of the progress of work onboard and was briefed on the various milestone activities of construction. At the shipyard, he also held discussions with Shri Madhu S Nair, Chairman and Managing Director, CSL and other senior officials of Navy and CSL which included Vice Admiral GS Pabby, Controller of Warship Production and Acquisition (CWPA).

‘Vikrant’ is the first aircraft carrier to be indigenously built in the country, the keel of which was laid in Feb 2009. The ship was launched in Aug 2013 with the completion of the Hull construction and is expected to be delivered by end 2018. The Indian Navy currently operates two aircraft carrier, INS Viraat (procured from UK) and INS Vikramaditya (procured from Russia) out of which INS Viraat is likely to be decommissioned ​in the near future CNS will depart Kochi on 17 Jan 16.