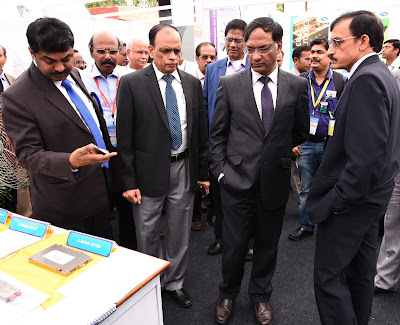 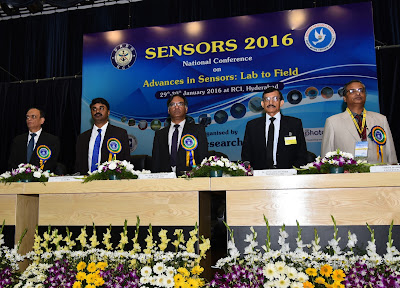 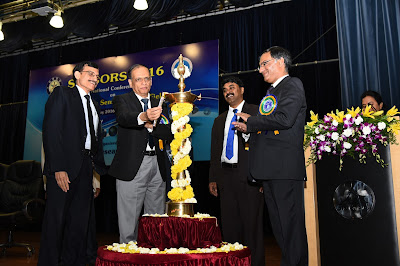 While welcoming the participants, Dr Avinash Chander recalled Dr Kalam as the guiding force in setting up of the SRS in the year 2010. In his presidential address, he said, “The scientific capabilities in universities and industries need to be integrated. This is the right forum to examine the trends, opportunity and possible collaboration. Make in India has become a driving word and driving force.” He also said that whenever the country wanted to develop high end technologies, there used to be a struggle for the requirement of Sensors. The trends in sensor technologies are moving fast from the physical sensors to a highly miniaturized wireless sensors and wearable sensors. “An estimated market share for Sensors will be as large as 150,000 Crores per year by 2020. I think it is the potential which India needs to harness and for that we need to create a conducive ecosystem,” Dr Chander added.

Shri S.K. Sharma, CMD BEL, and Guest of Honour said “our association with DRDO and particularly with RCI in development and production of state-of-the-art Sensors has been long cherished with great synergy. We do intend to focus in the Sensors development, make investments wherever required and collaborate with industries and promote Make in India.” We have earmarked more than 100 Crores to collaborate with private industries and about 40 projects are already ongoing.”

Speaking on the occasion, Dr G. Satheesh Reddy, Scientific Adviser to Raksha Mantri                     (SA to RM), “Smart miniaturized sensor technologies will be the backbone for futuristic Defence and Aerospace Systems”. We need to develop and produce Sensors for current needs and export in a big way. Simultaneously we have to take up focused research for the futuristic sensors.

Prof Ashutosh Sharma, Secretary, Department of Science & Technology the chief guest of the event appreciated the immense contributions of RCI towards development of indigenous Defence technologies. During his plenary talk he said that “we live in a world which is driven by sensors. He deliberated upon the advanced Research in various sensor technologies and emphasized that innovative ideas are the need of the day for meeting tomorrow’s challenges. The next revolution coming in is the Knowledge Revolution and Sensors are the big part of that Revolution, he added.”

Sensors Research Society (SRS) has been formed as a fall out of an earlier conference on “Advances in Sensors for Aerospace Applications, Sensors 2007” held at Research Centre Imarat in Dec 2007, to coordinate, initiate and synergize various research and development activities related to Sensors in SRS is organizing its first sensors conference “Advances in Sensors: Lab to Field, Sensors 2016” during 29-30 January 2016 alongwith Research Centre Imarat as the host. Research and Development in the area of sensors in India is carried out by various academia, research institutes and industry. Still many of the sensors are being imported. Therefore it is felt that a coordinated effort to develop the sensors is required. Aim of this conference is to bring all those involved in the R&D of sensors in India onto a single platform to discuss latest developments and means for synergizing the research, development and production. More than 700 delegates various R&D organizations like ISRO, CSIR, DRDO, BARC etc., academic institutions, PSUs, are participating in this conference.

The Aims and Objectives of the Society are:

1.      Promote Sensors advanced development and knowledge.
2.      Encourage wide spread dissemination of technical and scientific information among various institutes.
3.      To stimulate interest in Sensors Research.
4.      To establish links and communications among the various organizations working in this area.
5.      To organize Seminars/Conferences in the area of Sensors.
6.      To support the R&D activities at various places.
7.      To influence the curriculum of various Universities and institutes of repute for bringing in more Sensor Technologies.