Commanding Officer Of 6 Assam Rifles Shot At By Battalion Cook 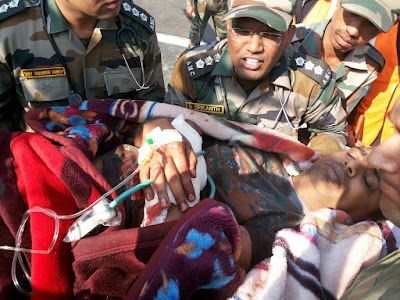 The CO was seriously hurt at his right hand and Leg.

CO's condition was declared stable. He was airlifted and admitted to 183MH at Leimakhong. It is also learnt that yesterday evening the CO and Cook namely Leisham Rajesh r/o Thoubal exchanged heated arguments and today morning the cook was issued  AK47 from Kote for firing practice but he went straight to CO's residence and fired one full magazine in the CO's room in which 03 rounds hit the CO.