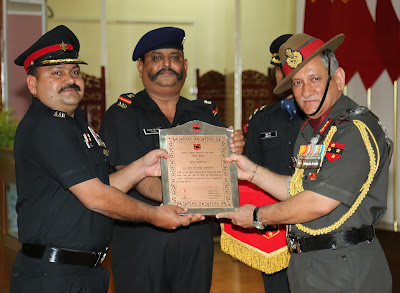 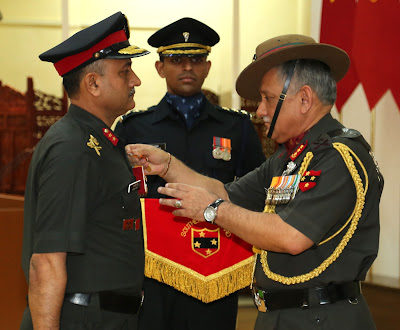 Lieutenant General Bibin Rawat, General Officer Commanding-in-Chief Southern Command has cautioned against the cross border terrorism and asked the armed forces to be vigil to foil such attempts prompted and initiated by the neighboring country Pakistan. Addressing the Investiture Ceremony to mark the Army Day in Secunderabad yesterday, General Rawat said that Armed Forces including Army, Navy and Air Force should fight unitedly against this tendency of neighboring country which resorted to terrorists’ activities after its defeat in many wars in the past. Condemning the recent Pathankot attack, he said that Southern Command is prepared to face the challenges of terrorists’ activities and also cautioned the misuse of social media by certain elements by luring money to collect vulnerable information for enemy country.

To commemorate the Army Day, General Rawat has presented awards to 23 officers, JCO’s and other ranks including three veer naris (War Widows).  Apart from the individual awards, the General presented the ‘Southern Army Commander’s Unit Citation’ to 17 Units of Sothern Command, in recognition of the exceptional services rendered by them.  Prominent among the award winners are Major General J S Negi, who was awarded Yudh Seva Medal (YSM) for exemplary leadership qualities displayed while combating insurgents in the North East.

The Army Day is celebrated every year on 15th January commemorating the taking over of the Indian Army by General (later Field Marshal) K M kariappa from General Sir FFR Bucher, the last British Commander-in-Chief in 1949.