MCEME Gears Up To Welcome The President 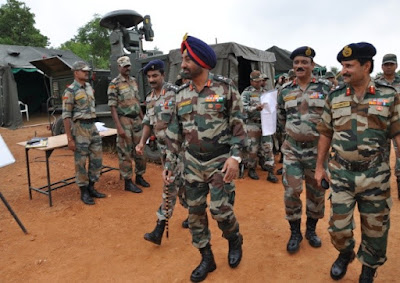 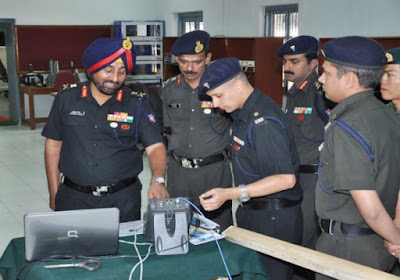 19th Dec will be a major milestone in the history of Military College of Electronics and Mechanical Engineering (MCEME).  For the first time since inception in 1946, the President of India will be the Chief Guest for the Convocation Ceremony.  Shri Pranab Mukherjee, Honorable President of India will deliver the convocation address as the Chief Guest. A host of top Government officials, both civil and military, will be attending the function.

Over the years, the College has developed into a premier training institution of the Indian Army. It’s a five time recipient of Golden Peacock Award for Training. The College has also received the ISO-9001 Certification and Prime Minister’s Excellence Awards for Student Projects.  MCEME is affiliated to JNTU and JNU for its M Tech, B Tech and Engineering Diploma programs. The present Commandant of MCEME Lieutenant General Gurmukh Singh is also the Colonel Commandant of the Corps of EME.

22 Officers of Degree Engineering (DE-96) and 40 Officers of the Technical Entry Scheme (TES-24) will receive their engineering degrees from the President. Parents of the officers from the passing out course will also be attending the function. The EME officers joining the Indian Army from the Indian Military Academy or the Officers Training Academy undergo the Degree Engineering Program of three years. Cadets Training Wing (CTW) of MCEME conducts Graduate Engineering Program for the TES Course. The TES Cadets join CTW after 12th and undergo military training concurrently with the engineering program. The entire training of the DE and TES Courses is supervised by Maj Gen Sanjeev Khanna, who is the Deputy Commandant and Chief Instructor of the College.