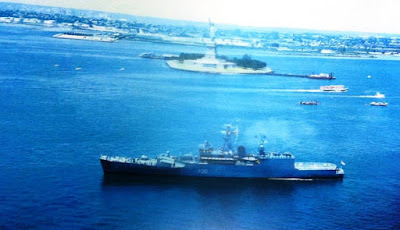 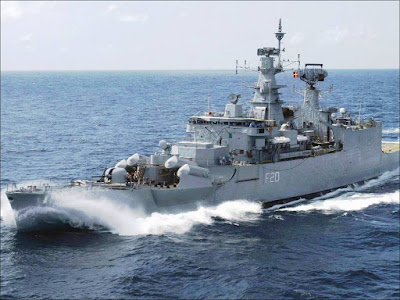 India’s first indigenously designed and built warship Indian Naval Ship Godavari is scheduled to be decommissioned as sun sets on 23 December 2015. With her decommissioning, INS Godavari (F-20) will complete its full life cycle, meeting all responsibilities and duties assigned, proving the success of Indian ship design and construction.

INS Godavari has been replete with achievements and glory. Over the past three decades, Godavari has successfully been deployed in numerous operations, including ‘Operation Jupiter’ – 1988 (Sri Lanka), ‘Operation Shield’ and ‘Operation Bolster’ - 1994 (de-induction of Indian Army from Somalia) and ‘Patrol of Gulf of Aden’ (PoG) – 2009, 2011 (anti-piracy operations in the Gulf of Aden).  In 1988, in an operation called ‘Operation Cactus’, India successfully thwarted a coup d’état against Maldivian Government. Godavari and Betwa intercepted and arrested the mercenaries, who tried to flee Male onboard the Merchant Vessel Progress Light. The mercenaries were later handed over to Male, earning great respect and goodwill for India in the international community.

Being the first indigenously designed and constructed ship she was showcased around the world as a symbol of India’s growing military might and self-reliance. Over the past three decades, she has shown country’s flag far and wide. She has participated in numerous operations and deployments, across the expanse of the Indian Ocean and beyond.

INS Godavari came about from the realization among naval planners that self reliance in design and shipbuilding was essential to build a strong navy. The Leander Frigate Project of the 1960-70s, resulted in not only the construction of six ‘Giri Class’ frigates (based on the Leander design and in collaboration with the UK) at Mazagon Docks Shipbuilders Limited (MDL), but also in boosting indigenous naval design and shipbuilding capability. As the project was nearing completion, the Directorate of Naval Design at IHQ MoD (Navy), evolved a design for a new generation frigate. MDL was entrusted with the construction of this indigenous frigate, which would essentially retain the steam propulsion of the ‘Giri’ class frigates.

However, she was not merely, ‘a Leander in new skin’, but was much faster and with far superior firepower. Whilst the Giris were gunships, the Godavari class frigates were armed with potent surface to surface and surface to air guided missiles. She was also among of the first frigates in the world capable of carrying two Sea King helicopters (well known as the ‘Flying Frigate’, because of its integral firepower and sensor suite). The frigate’s weapon and sensor suite comprised of a mix of Russian and Western systems and their efficient integration was a milestone in itself.

Godavari’s keel was laid on 03 November 1978 by Adm J Cursetji, CNS, and she was launched on 15 May 1980. 10 December 1983 was truly a ‘red letter day’ for the Indian Navy, when INS Godavari was commissioned. She is the first of three Godavari Class Frigates others being Ganga and Gomati. Three Brahmaputra class frigates were follow on ships to the successful Godavari class design. At the time of decommissioning she would have served the country for little over 32 years.