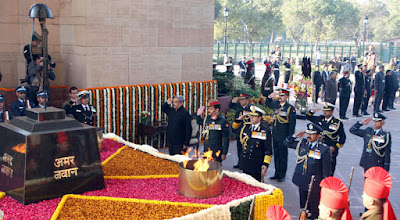 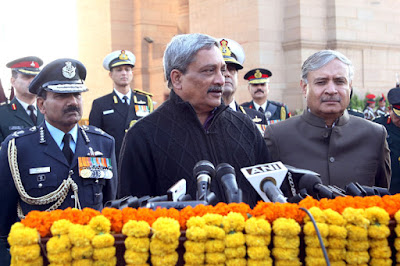 As part of Vijay Diwas 2015, commemorating victory of Indian Forces and Mukti Bahini over Pakistani forces during the Bangladesh Liberation War in 1971, a memorial service for martyrs of 1971 War was held at Vijay Smarak, Fort William, Kolkata on 16 December 2015.

Wreaths were laid by the Veterans, Members of the Bangladeshi delegation and by representatives of the three services. The gathering of uniformed personnel, veterans, civilians, school children and NCC cadets observed two minutes silence to pay homage to the martyrs of the 1971 war.

Homage was also paid to the martyrs of 1971 war at India Gate, New Delhi by the Honorable Raksha Mantri and Services Chiefs. Similar ceremonies were held in various parts of the country commemorating ‘Vijay Diwas’.


ENC pays tributes to the Martyrs on Vijay Diwas 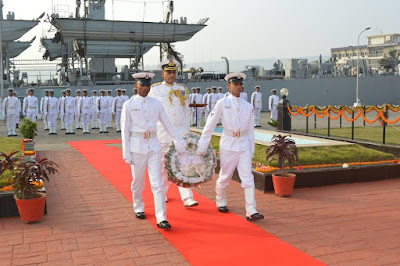 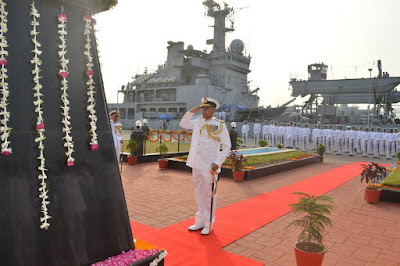 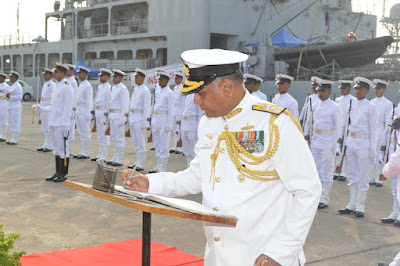 The Eastern Naval Command observed the 43rd anniversary of Vijay Diwas on 16 December 15, by paying tributes to the valiant personnel of the Armed Forces who made the supreme sacrifice in various Operations including the 1971 War. A Floral wreath was placed at the ‘Andaman Memorial’, inside the Naval Dockyard this morning by Vice Admiral Bimal Verma, AVSM, Chief of Staff, Eastern Naval Command.  Wreaths were also placed by Rear Admiral SV Bhokare Flag Officer Commanding Eastern Fleet and by Rear Admiral SR Sarma Admiral Superintendent, Naval Dockyard. A 50 man Guard was paraded at the venue and a two-minute silence was observed as a mark of respect to the martyrs.

The Defence Services across the country celebrate Vijay Diwas on 16th December every year to commemorate the historic victory against Pakistan in 1971 War. On this momentous day, the Pakistani Forces under the command of Lieutenant General AAK Niazi surrendered at Dhaka, in the presence of the three tri-service theatre Commanders of Indian Armed Forces. It was on this in 1971, that a declaration of cease-fire was brought into force ending the Indo-Pak War and resulting in the birth of the sovereign country of Bangladesh.