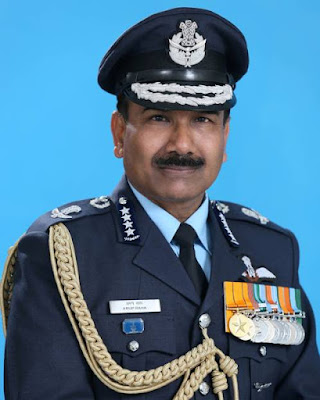 The Chairman Chiefs of Staff Committee(COSC)  and the Chief of the Air staff (CAS), Air Chief Marshal Arup Raha is on a three day visit to Malaysia for the SASEAN Defence Chiefs dialogue from Sunday.

Air Chief Marshal Raha on Monday addressed the gathering of fellow Defence Chiefs from ASEAN, SAARC and the observers from China, Russia and United States of America. The topic of the talk was on “Addressing Dynamic Challenges’ from the perspective of Indian Armed Forces.

While talking on the subject  on ‘Regional Security Environment’, the Air Chief said a broad scan of the evolving geo-political environment clearly indicates a pre-eminent shift  in Global strategic centre of gravity to the Asian - Pacific regions. As India is strategically located in South Asia the Air Chief said, “We hope to see increased cooperation and collective action to exchange information, build infrastructure and strengthen capabilities.  In this manner, we would  gain from each others strengths and understand each other better towards lasting peace, stability and prosperity in the ASEAN region”.

The Air chief further said, “Indian Armed Forces being the 3rd largest military force has the largest volunteers Army.   The professionalism and the apolitical nature of the Indian Armed Forces is a major stabilising factor in the Indian Subcontinent. The terrain and climate in India is quite diverse and offers a unique opportunity to our Armed Forces to train and operate in some of the most hostile environments in the world. India has the highest  air field in the world, DBO in the Mighty Himalayas which is at an elevation of 17,000 feet, 2 lakh square Kms of Deserts, inhospitable tropical forest in the North East, and  vast coast line with added challenges posed by high humidity, salinity  and corrosion.”

Speaking on the challenges the Air Chief spoke on exploitation of technology by the Armed Forces mentioning that the DRDO is working towards self reliance in defence systems and strategic independence.  While talking on promoting affordable and cogent Military solutions, India has decided to accelerate indigenous defence manufacturing through its ‘Make in India’ initiative.  He continued to say that it has already given a boost to the Indian Defence industries for manufacture of Ships, Artillery Guns, Aircraft, repair and overhaul, Radars, sensors, communication system etc.

He further elaborated, “The next dynamic challenge in HADR which is closely linked with the theme of the day. Indian Armed Forces have  rendered invaluable assistance during floods, cyclones, earthquakes, forest fires and evacuations To give an idea of the magnitude of relief work undertaken in 2014 -15 itself, the Indian Armed Forces have airlifted more than 6500 tonnes of supplies and  38000 passengers. The Indian Armed Forces have adapted to short notice requirement to provide immediate succour to the affected along with NDRF with systematic procedures and techniques in place”.

While concluding his talk, the Air chief after speaking on indigenization and conduct of HADR operations, he envisioned that the Indian Armed Forces are operating state-of-art platforms and equipment, with cutting edge technology and a large indigenous content.  He further said that our Armed Forces are transforming into a modern, flexible and credible Power with Full Spectrum Capability to safeguard India’s National Interests and Objectives. In the end he said, “We wish to collaborate and engage effectively with SASEAN nations to enhance the security of our region and further our mutual interests of economic development and progress”.